Concern remains over attacks on shipping to abduct seafarers in Southern Philippines: ReCAAP 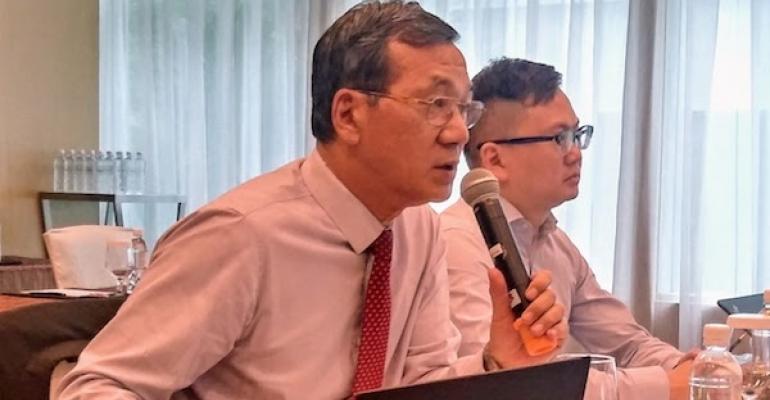 Although there have been no attacks on shipping in the southern Philippines to kidnap crew since April 2017 anti-piracy body ReCAAP Information Sharing Centre says the situation in the Sulu - Celebes Sea area remains a cause for concern.

Between March 2016 and April 2017 attacks on merchant ships to abduct crew for ransom in the southern Philippines, claimed largely by Abu Sayaaf, saw 59 seafarers abducted from 13 vessels in the region.

While there have been no actual or attempted attacks in the area since April last year Masafumi Kuroki, executive director of ReCAAP, said at a media briefing for the release of its annual report on Tuesday: “The concern and threat is not yet eliminated.”

Kuroki said the three littoral states had made efforts with coordinated patrols and the Philippines government was making a lot of progress on the issue.

“But still I think that the perpetrators who conducted this abduction of crew, the Abu Sayaaf group is still there. They are not completely eliminated so there is still the potential that the Abu Sayaaf group make conduct other similar types of attacks against ships so I think more needs to be done by the Philippines authorities and the regional states to make sure for the shipping industry this area in the Sulu Celebes sea particularly for ship passage is safe for navigation for merchant ships,” he explained.

The first four months of 2017 saw three actual abduction incidents from the Fishing Bianca, Giang Hai and Super Shuttle Tug 1, and four attempted attacks against the Ocean Kingdom, Donghae Star, Phu An 268 and the Dona Annabel. Some nine seafarers continue to be held hostage.

The Philippines government has extended martial law in the province of Mindanao, which has seen fierce fighting with insurgents, until 31 December 2018.

ReCAAP continues to advise shipping to reroute from the area if possible. “Of course it is up to the shipping industry whether they reroute or not,” Kuroki commented.

ReCAAP also remains concerns about the hijacking of small tankers to steal oil cargoes, with such hijackings in the Asian region.