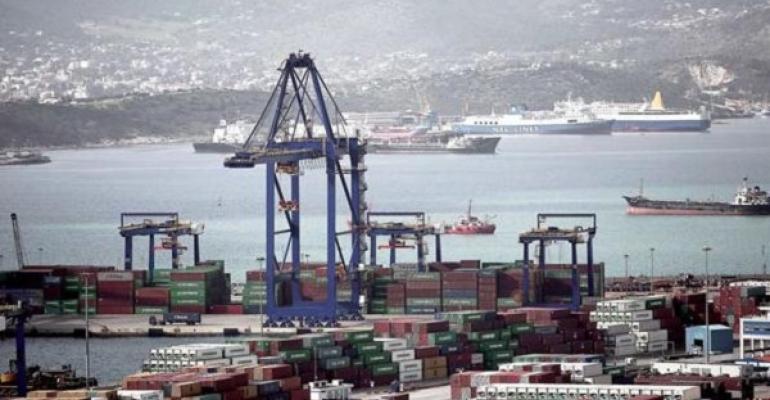 Cosco has unveiled a $620m plan to develop Greece's largest port Piraeus, with the highlight being the creation of the biggest shipyard facility in the Eastern Mediterranean.

Goal of the shipyard development is to create a facility able to service 450 vessels annually, with particular attention being given to mega yachts.

Cosco-managed Piraeus Port Authority (PPA) presented the blueprint to organisations and officials "social partners" from municipalities surrounding Greece's busiest port, as part of a public debate on the commercial development of the region.

The move came as some opposition is building regarding the PPA¹s plans and the "social partners" were called upon to study the master plan and convey their observations and recommendations, something the PPA¹s management says it will take under serious consideration.

The blueprint includes the construction of four new hotels within the port's area in tandem with a new facility able to handle another six cruise ships and an adjacent mall. Cosco has repeatedly stated it wants to use Piraeus as a homeport for cruises catering to Chinese tourists, among others.

In terms of specific port operations, PPA's master plan refers to a continuing increase in container traffic, activities in the car terminal and improving the port's connection with regional logistics hubs via a freight rail line.

The PPA said: “The target is to ensure the correct planning of the future development of the port in pursuit of the techno-economic data related mainly with the enhancements envisaged in the development plan. The timeframe covers the period 2016-2021 and aims in the compilation of an appropriate design of facilities in order to maximise the service potential and minimise the loss of space and utility.

“Ultimate goal is for Piraeus port to be established as a worldwide transportation hub and in this way enhancing the development of the Greek economy in general.”

Meanwhile, Cosco reports container movements at its concession terminals II and III increased 6.4% in 2017, compared to 2016. Container traffic amounted to 3.69m teu in 2017 compared to 3.47m teu the year before, with overall movement in the port expected to top 4m teu when terminal I, which is operated separately by the PPA, is included.