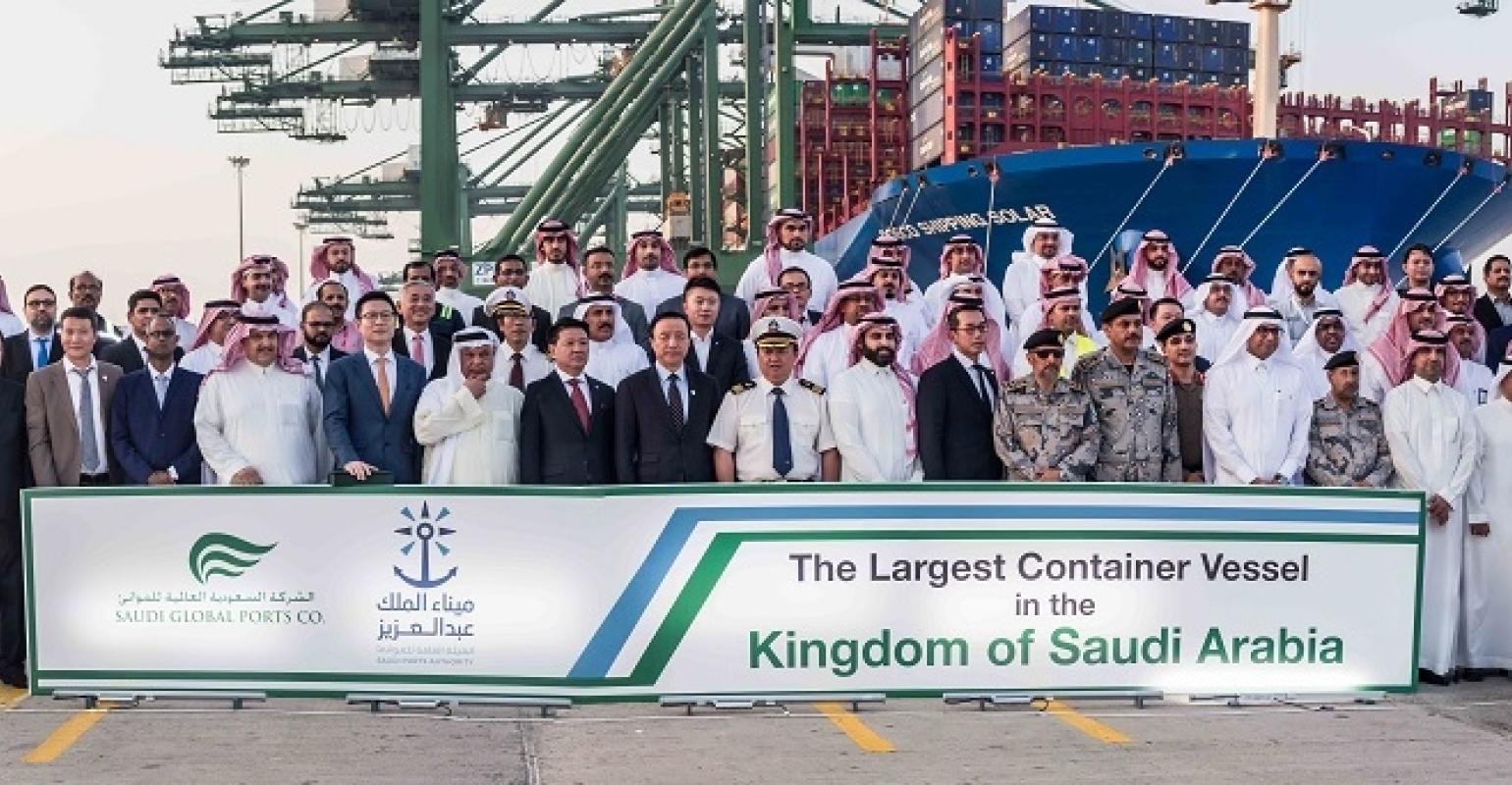 Cosco Shipping mega-containership largest to ever call a Saudi Port

A Cosco Shipping mega-containership has become the largest to call in Saudi Arabia.

The 21,237 teu Cosco Shipping Solar called at the Saudi Global Ports SGP) terminal at King Abdul Aziz Port Dammam on 28 May, the largest to ever containership berth at one of the countries ports.

Wan Chee Foong, PSA International’s regional ceo of Middle East South Asia and head of group business development said, “The early commitment from shareholders to make the terminal future-ready in anticipation of mega vessels has enabled SGP to remain at the forefront of competition in the Arabian Gulf.”

The Cosco Shipping Solar is deployed on the Ocean Alliance’s Asia - Middle East Service which connects Dammam to key ports in the United Arab Emirates, Malaysia, Singapore and China.

Abdulla Al Zamil, SGP chairman and representative board director for the PIF, said, “COSCO’s choice of SGP as its port of call at the Upper Arabian Gulf for one of the world’s largest vessels is one of the many industry recognitions of SGP’s service and capabilities.”