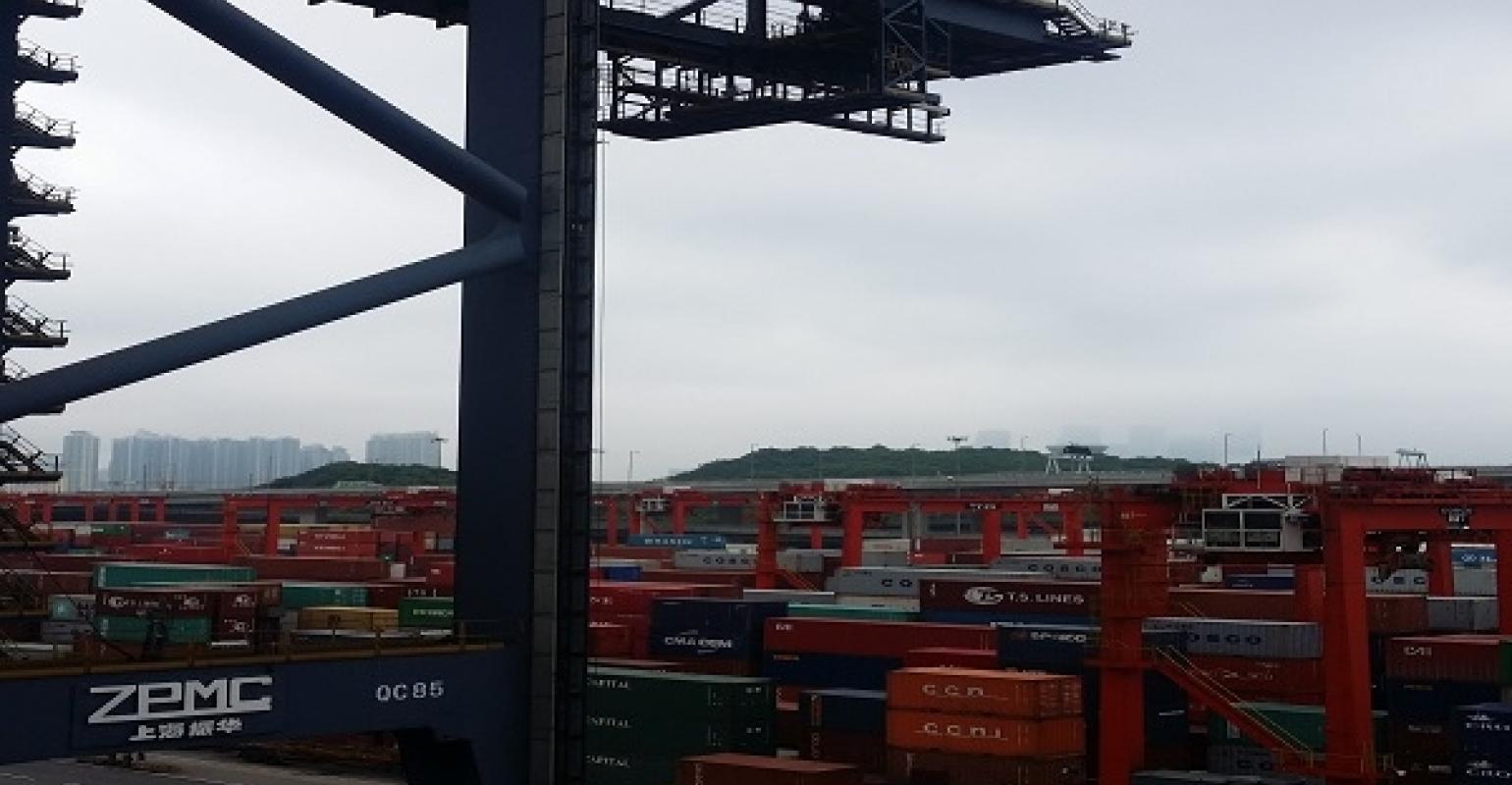 Cosco Shipping Ports (CSP) warned of a “year full of challenges” in its first half 2018 results, even as it produced good results for the period, with overall throughput rising 27% to 56.7m teu driven by sustained economic growth, increase in trade volume and increased calls from the OCEAN Alliance, as well contributions from its acquisitions and relatively lesser impact from the Sino-US trade frictions.

However looking ahead CSP warned: “Sino-US trade frictions, the rise of trade protectionism, geopolitical uncertainties and the upward trend of interest rates have the potential to place serious pressure on the development of global trade.”

Among its different regions, CSP’s Greater China region terminals still comprised the biggest proportion of throughput. Despite its aggressive expansion, volumes from the group’s terminals in Mainland China as well as Hong Kong and Taiwan made up 79% of the total rising 24% to 44.6m teu in the first half.

Highlights among these were in the Yangtze River Delta region, where the group recently acquired a majority share in Nantong Tonghai Terminal. The facility commenced operations on June 30, 2018 and is set to have an annual capacity of 1.5m teu.

Nantong Port is slated to take over volumes from Langshan Port from August serving mainly domestic feeder services as well as some services to Japan and local direct routes. Nantong Tonghai Terminal is expected to have throughput of approximately 250,000 teu for 2018.

This is in line with CSP’s plans to diversify its business to terminal extended supply chain services to further enhance its profitability. The group also has land outside the terminal, enabling it to develop a container freight station and logistics park.

Another key development has been the first clear sign that CSP is starting to see the benefits of its parent group being part of the OCEAN Alliance. For example CSP attributed the 62% jump in throughput to 1.0m teu at Xiamen Ocean Gate Terminal to this reason.

Likewise, it said increased calls by the OCEAN Alliance and shipping alliances boosted throughput at its overseas terminals.

Accounting for 21% of the group’s total, standout performances at Piraeus Terminal in Greece for example, where throughput increased by 18% to 2.1m teu and at COSCO-PSA Terminal where a new berth added in January 2018 helped throughput surge 63% to 1.6m, helped push overall throughput from the overseas terminals 37% higher to 12.1m teu for the first six months.

Other developments in this segment included a strategic alliance signed in May 2018 with Port of Zeebrugge, to develop the terminal into a strategic hub port as well as an ultra-logistics platform to serve continental Europe and the British Isles.

CSP continues to make other alliances in line with its strategy to diversify into the logistics supply chain. Also in May 2018, CSP formed a strategic alliance with GLP China Holdings (GLP) and Eshipping Global Supply Chain Management (Shenzhen) to better utilise its existing terminals and external properties. They will start working together initially at CSP’s China terminals and gradually expand into its global network.

Meanwhile, among its latest projects, Abu Dhabi Terminal, the group’s first greenfield subsidiary, will start trial operation by the end of this year and will officially commence operation in the first quarter of 2019, with annual designed capacity of 2.5m teu. This terminal is also aimed at feeding off synergies from COSCO and the OCEAN Alliance, and is slated to its new gateway for the Middle East.

Despite challenges remaining in the second half, CSP said it “remains cautiously positive about prospects”.

Though it expects to be less impacted by Sino-US trade frictions, CSP “will continue to optimise the cost structure and enhance operational efficiency against the backdrop of uncertainties casting a shadow over the macro environment,” it added.

This includes extra training on the Navis N4 system. “CSP remains steadfastly committed to building a well-balanced terminal network with extended services to meet the needs of shipping alliances; the group will continue to prudently seize development opportunity to strengthen its global network of terminals,” it concluded, highlighting examples such as an investment in one of the local port authorities in China and projects in Latin America, Africa and Southeast Asia.

Zhonggu Logistics set to order up to 18 containerships
Jan 20, 2021