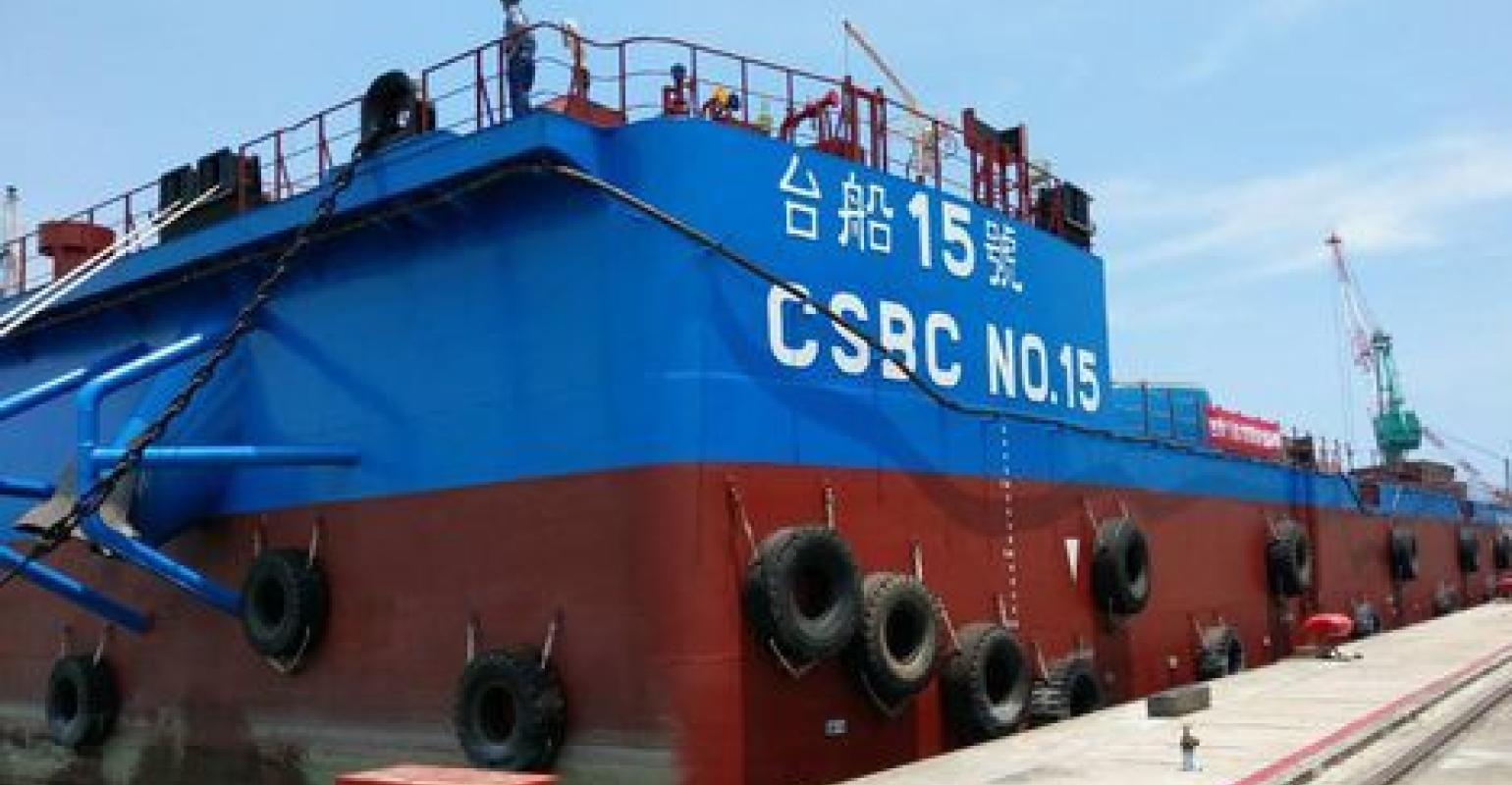 CSBC president Tseng Kuo-cheng said the shipyard is in advance talks with wind power developers to lease the barge, and that future charter rates are expected to generate hundreds of thousands of Taiwan dollars daily for CSBC.

“The barge will be in full service next year as there is so far no other locally made barge of its size. Despite developers being able to use foreign barges, we have advantages, as we know the domestic regulations better and we are closer,” Tseng said.

CSBC No. 15 was designed as part of Taiwan’s ministry of economic affairs’ four-year offshore wind power development program in 2016 to push for the commissioning and installation of wind turbines.

The barge is also equipped with ballast water management system (BWMS) so it can adapt to different tidal levels when loading or unloading cargo at ports along Taiwan’s coast.

The barge is the latest effort by CSBC to take part in Taiwan’s wind power development initiatives.

In May, a joint venture between CSBC and Belgian offshore solutions firm GeoSea won a contract to install 62 wind turbines off the coast of Changhua County in central Taiwan.

Last year, Orsted Taiwan, a subsidiary of Denmark’s energy developer, signed an agreement with CSBC to build wind turbine foundation pin-piles at a site off the coast of Changhua County.