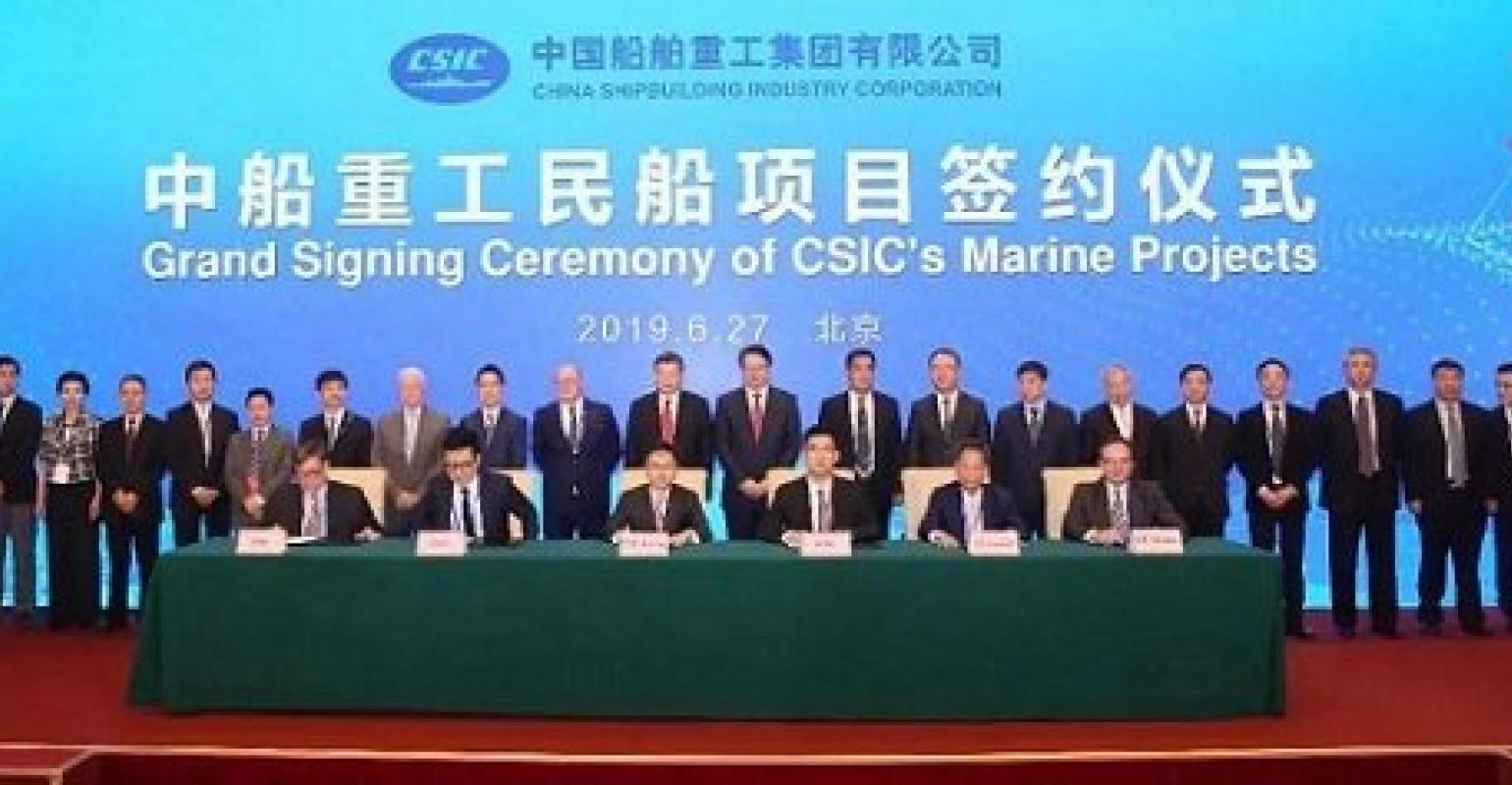 It also signed ship financing agreements for two VLCCs and four woodchip carriers with the Bank of China and Nanyang Commercial Bank, and a joint investment agreement with Wah Kwong Shipping for another two VLCCs.

Hu Wenming, chairman of CSIC said that, this RMB14.3bn order in new orders was a warm current for the depressed shipbuilding market and the deals mean a lot to the shipbuilding industry.