In digitalisation crew will remain the most important part of operations 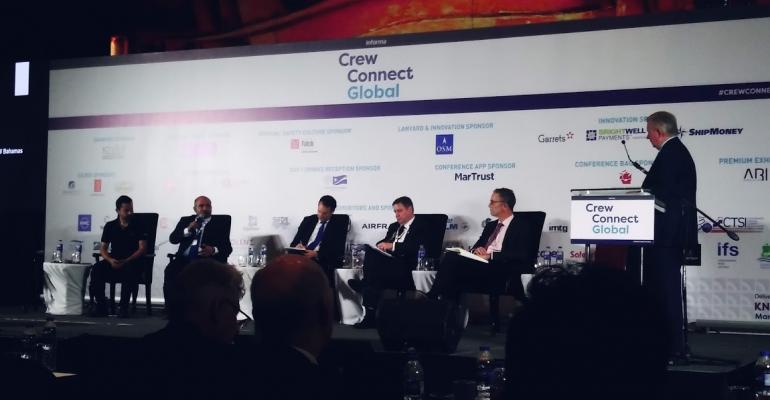 With all the talk of digitalisation and automation in shipping seafarers remain the most important part of the operation according to leading ship managers.

Mark O’Neil, president and ceo of Colombia Marlow Shipmanagement, likened the raft of solutions and warnings from suppliers about the dangers of being left behind in digitalisation to the Y2K scenario and that the “tail was wagging the dog”.

“What we have to remember is crew are the most important part of shipping operations,” O’Neil told the CrewConnect Global Conference in Manila.

He said that digitalisation was a means to an end and that “The human element is what is important in this industry and will be if we go do the automated or semi-automate route.” It would be the crew that would allow shipping companies to capitalise on opportunities from digitalisation.

Are the maritime industries ready to embrace smart shipping? – Almost

Others on the panel session on the ROI of digital investment agreed. Prabhat Jha, group managing director at MSC Shipmanagement said that technology should be used as way to optimise operations, not to replace people.

He also noted that “we cannot stop technology from evolving”. Jha said that technology would enable crew on board to do less monitoring and data reporting with such tasks outsourced to technology while the seafarers focus on more skilled tasks.

Secretary-general of the International Chamber of Shipping (ICS) Guy Platten said he believed a number of digitalisation initiatives could make seafarers lives better.

On the issue of autonomous ships O’Neil said did not see this happening for a “very, very long time” and even then only on short specific routes in developed parts of the world.

Speaking on Artificial Intelligence (AI) Luiza Shahbazyan, product manager competence assessement tool at Safebridge, said that AI still had a long way to go before autonomous ships would become a reality. "Worrying about having about having a silicon based crew anytime soon is like worrying about populating Mars."