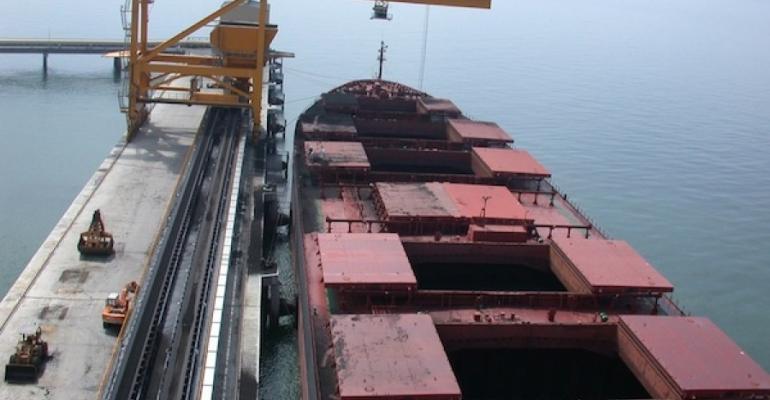 Throughout the week, the western Australia market saw presence of just two miners, namely Rio Tinto and FMG. And at some time, only Rio Tinto remained active in the market.

Outside of western Australia, the freight market was sluggish as well, with many trade participants expecting the Brazilian miner to come out with more July shipment for rates to grow, but that did not happen this week.

Despite the low activity from western Australia, the market is rather optimistic about Vale as the Brazilian miner expects to restart its Brucutu mine with capacity of 30 million mt production year in near term.

According to trade source, the Brucutu mine has already produced 10 million mt per year through the dry-stacking process that did not use the tailing dam. The remaining 20 million mt is expected to restart over the next few days.

The restart, if finalized, might imply more cargoes from Brazil and the miner also pledge to increases iron ore shipments out of its S11D projects.

So far, the miner has reportedly fixed around 10 Capesize vessel over the past two weeks and any more vessels are welcomed by the market.

The shipping market was concerned about the recent oil tanker attacks near the Gulf of Oman and this created a much-needed price hike in oil prices which had been bearish for some time.

Although the oil spike was little in the way of positive news in the physical market on the run up to index, but it seemed to lessen the decline in the Capesize paper freight rate.

It was a short week for the European market due to the celebration of Whit Monday. The low volume then impacted the Panamax paper market, which had been declining since the start of week.