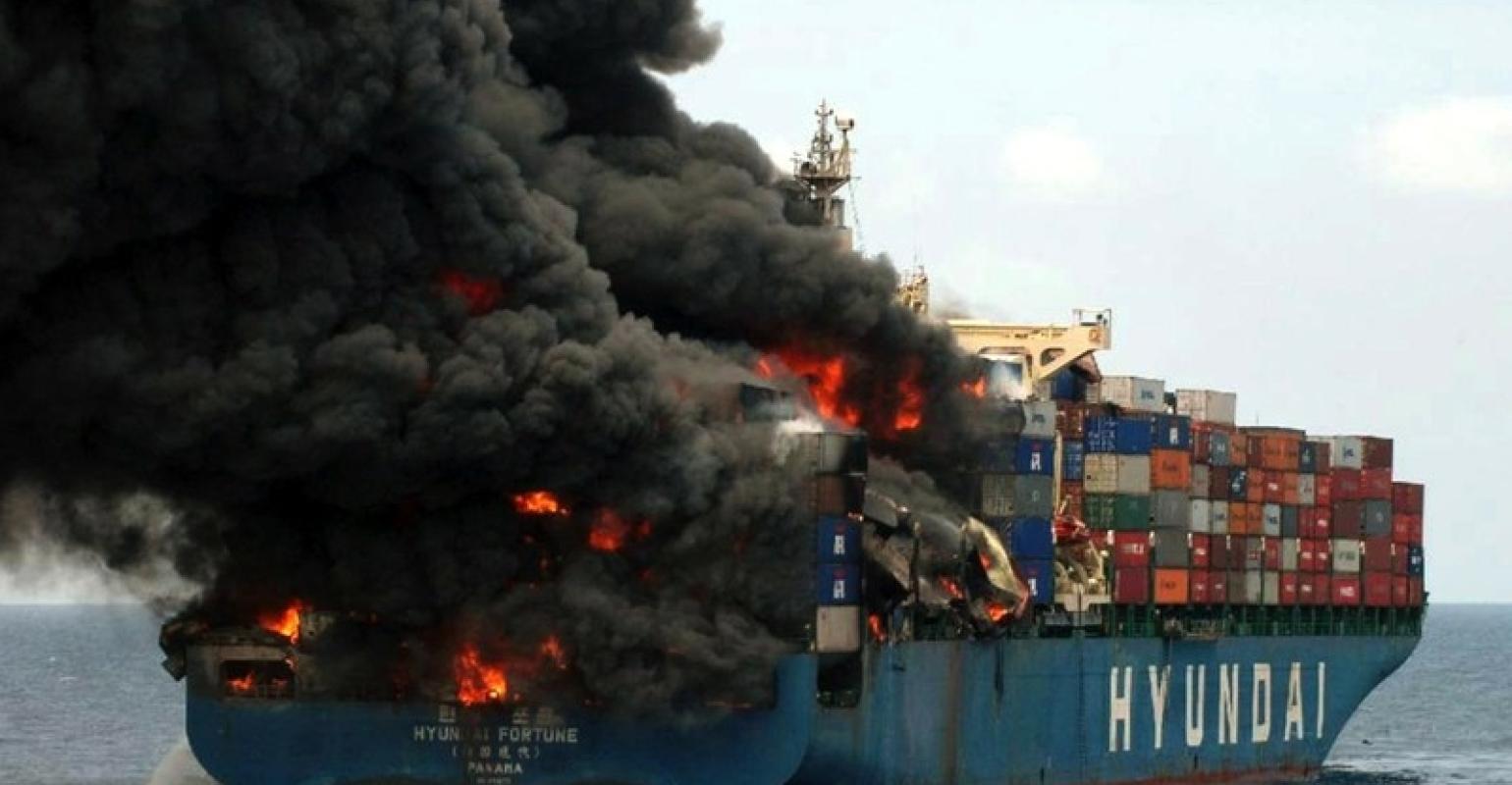 This is the age of blame, when errors are unacceptable, procedures are designed on the precautionary principle and accidents don’t happen. Except it doesn’t work out like that. Almost certainly, someone was to blame for the fire which broke out in the hold of the Maersk Honan the other day, but the chances are they won’t be brought to book any more than all those guilty people responsible for most of the other fires which wrecked container ships over the years have been identified and prosecuted.

Four missing, one confirmed dead, several hospitalised and all the survivors traumatised, as one of the world’s biggest containerships went up in flames around them. A nearly new ship has been practically destroyed, but it will be next to nigh impossible to identify the guilty party. Among all that wreckage and twisted metal, the cocktail of horrors swilling around in the bilges, even if the salvors bring the ship safely to port, the best forensic scientists in the world won’t be able to pinpoint what some person who didn’t care had stowed in one of the boxes and which had no business being there. Why declare dangerous goods, if doing so is more trouble or more cost, or even that the carrier will refuse to carry it?

It is certainly not the fault of the line, which is part of a consortium keeping its members informed about the blighters who are careless about what they declare for shipment and try very hard to weed them out. It is certainly not the fault of the crew, who don’t have a clue about the contents of the 7,860 boxes loaded aboard, although they will have known which had been properly stowed and legitimately declared as dangerous goods. It is unlikely to be the fault of the stevedores and those who have produced the loading plan, who are people who have good systems in well-run ports. No, somewhere back down the logistics trail there will be some individual or company which has stuffed goods into a container that should never have been there and which contravene all the instructions that should have informed them.

Maybe they never bothered to read their instructions or the pages of guidance made available by authorities. Perhaps they cannot read. Worse still, perhaps they could not give two hoots about what they are stowing in the boxes in their yard. Maybe it is what they always do, except that in this case, they just got unlucky and the box overheated, ignited or exploded. The chances are that the message about what happened to that particular consignment of something exceedingly nasty will never get back to them, the clues to their crimes being lost forever among the smouldering debris. So these poor seafarers will have died, been injured and traumatised in vain, much as have all those who suffered in container fires before them.

It might be suggested that this latest “accident” has been forecast for long enough, as ship sizes have increased, as has the number of dangerous goods boxes that are being carried. Many of them have occurred in port or relatively near to assistance - the Maersk Honan being an exception – miles from anywhere and with no meaningful help, other than the firefighting equipment of the Indian Coast Guard cutter, anywhere near.

But what is to be done? Do we go on playing the percentage game, as do unscrupulous shippers who are oblivious to rules and regulations and prosper from light-touch policing?

Insurers have suggested that fireproof barriers should divide container stacks, which would be a very big deal indeed, along with much more powerful drenching equipment. But it is the root cause that needs to be tackled. I was looking at a photo of a giant Cosco vessel arriving in a European port, down to her marks, with containers nine high each side of the accommodation island. Will it take one of these to be reduced to a smouldering wreck before this scandal – there is no other word – is properly confronted?