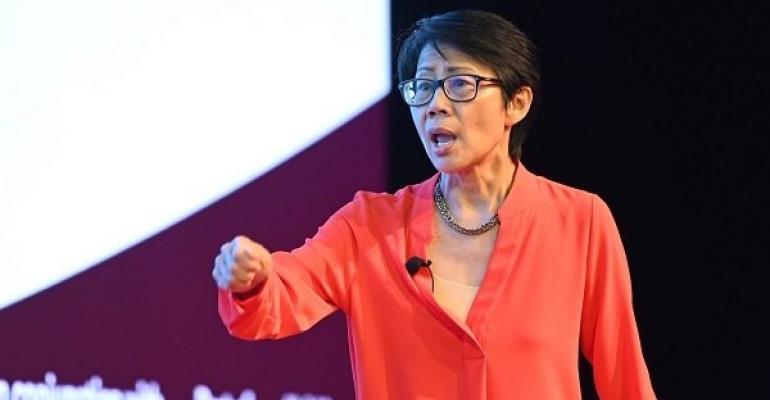 The parliamentary debate at Sea Asia roused the passions of speakers who really got into the playing the part of a political debate with the motion of - “This house believes that too much is expected of the shipping industry on environmental matters”.

As the Speaker for the debate Esben Poulsson, chairman of International Chamber of Shipping (ICS) and president of the Singapore Shipping Association, was at times challenged to keep the lively debate under control.

Opening the debate for the motion George Pateras, president of the Hellenic Chamber of Shipping and the Hellenic Maritime Cluster, contended that the industry did a huge amount on environmental protection on a voluntary basis, far more than any other industry.

“We must all insist on a level playing field – the same for all. Look at the airline industry they hardly get stopped for anything. We are an industry of great value in 2017 we transported $357 billion worth of cargo,” Pateras said.

“If you consider the emissions produced for the work done we are the most environmentally friendly means of transport.”

Firing back against the motion Sadan Kaptanoglu, president designate of Bimco and managing director of HI Kaptanoglu Shipping, contended it was an illusion that the industry was too heavily regulated.

“You cannot say ‘I am polluting a little bit so it’s ok’,” she said. Kaptanoglu contended shipowners spending billions of dollars a year on new ships had a say in making them more environmentally friendly, but did not want to pay for it. “Sadly, that’s why we need more regulation, not less.”

Speaking for the motion Ali Shehab, deputy ceo, fleet operations for Kuwait Oil Tanker Co (KOTC), brought the question of how fit to purpose the regulations were. He noted that while he attended the IMO Marine Environment Protection Committee (MEPC) 72 meeting he missed the 73rd meeting as the company was too busy trying to sort out its ballast water treatment systems it had installed on its ships.

The most fiery delivery of the day came against the motion from Professor Christine Loh, chief development strategist, The Hong Kong University of Science & Technology. She compared the side arguing for the motion, or the “ruling party”, as behaving like “boys, frogs and villains”.

Prof Loh called on the side “for” the debate motion to admit defeat so that everyone could work together to tackle the huge environmental problems faced. “The public outside think they are villains because of the way they articulate the problem.” By working together with the shipbuilders, governments, associations and other bodies the public would no longer see the industry as villains.

Arguing for the motion Friedrich Bunnemann, managing partner, Asiatic Lloyd, contended the industry was proud to have committed to targets to reduce CO2 emissions but that we should look at those who really benefit from shipping.

“We do have certain ship types that burn less fuel than other types but we don’t really get paid for that. So how can we invest more?”

Finally rounding out the side against the motion was Jeremy Nixon, ceo of Ocean Network Express (ONE). Nixon noted that the “planet was in much difficultly at the moment”, and that the movement to protect the environment was under-swelling, from the bottom up with citizens wanting see change.

When it came to a vote from the audience, or the House at the end of the debate it was the side against the motion that won out with 58.6% against and 41.4% for.