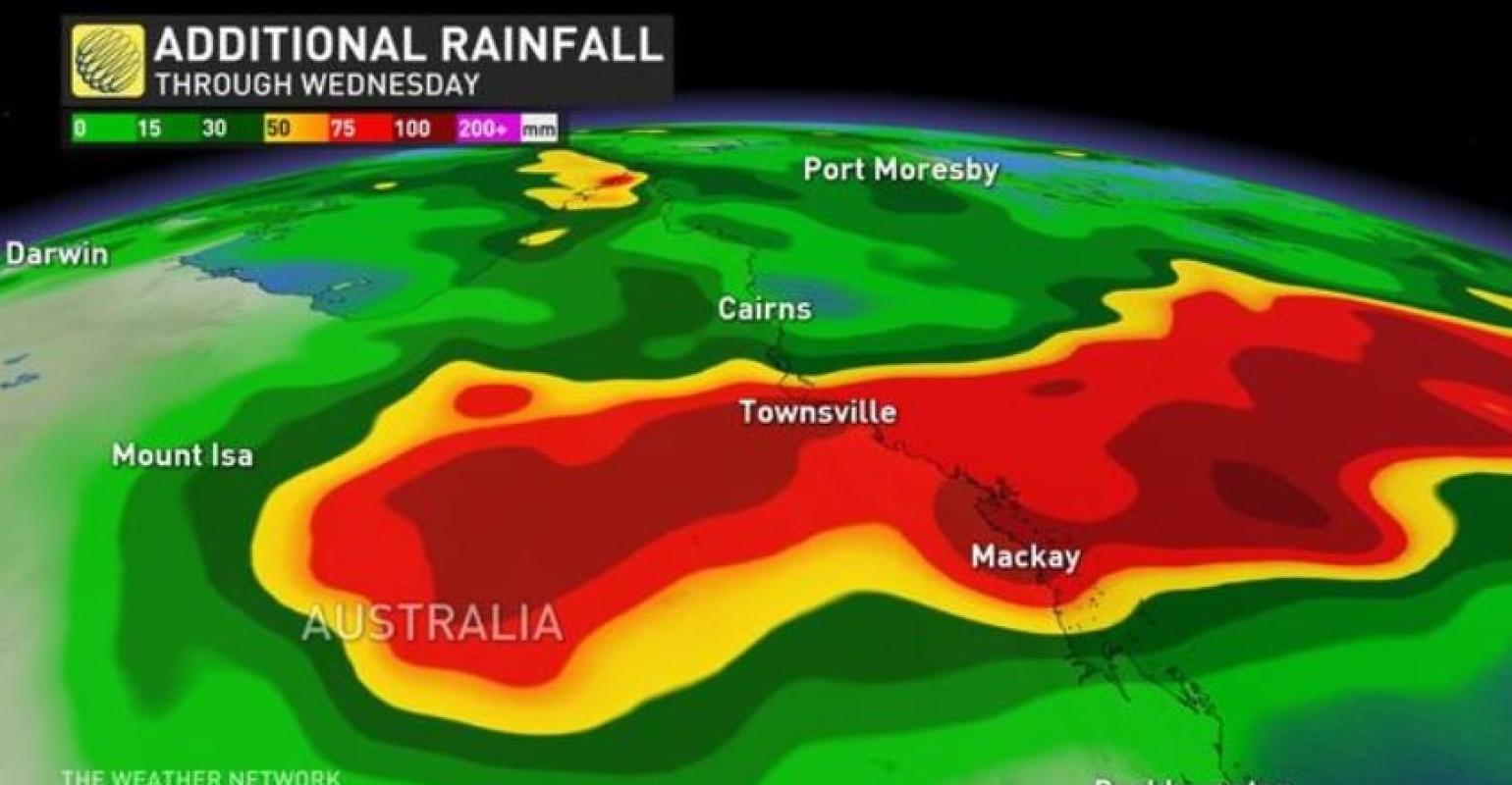 Heavy monsoon rains in Australia are impacting the operations of coal terminals with Abbot Point suspending berthing operations and cargo delays at other facilities.

The North Queensland, Australia has experienced record heavy rainfalls with over one metre of rain falling in Townsville over the last 10 days.

At Dalrymple Bay and Hay Point the terminals are operating as normal, however, there are cargo arrival delays due to railways not working at full capacity.

“Trains are understood not to be running at full capacity due to the wet weather and continuing EBA (Enterprise Bargaining Agreement) negotiations. Aurizon members have placed overtime bans for the next 2 weeks throughout Queensland in protest to the EBA negotiations. This will affect coal receivals at all coal terminals,” GAC said.

Weather conditions are expected to remain difficult in the coming days.

“A monsoon trough is extending from the Gulf Country across the base of Cape York Peninsula to the east tropical coast near Lucinda, and is expected to stay almost stationary or drift only slowly to the south over the next day or two. A deep tropical low that lies on the monsoon trough over northwest Queensland is slowly moving to the east and will continue to move in an easterly direction during the next few days,” the ship agency said.

ZPMC to supply three sets of cranes to Piraeus Container Terminal
May 28, 2020