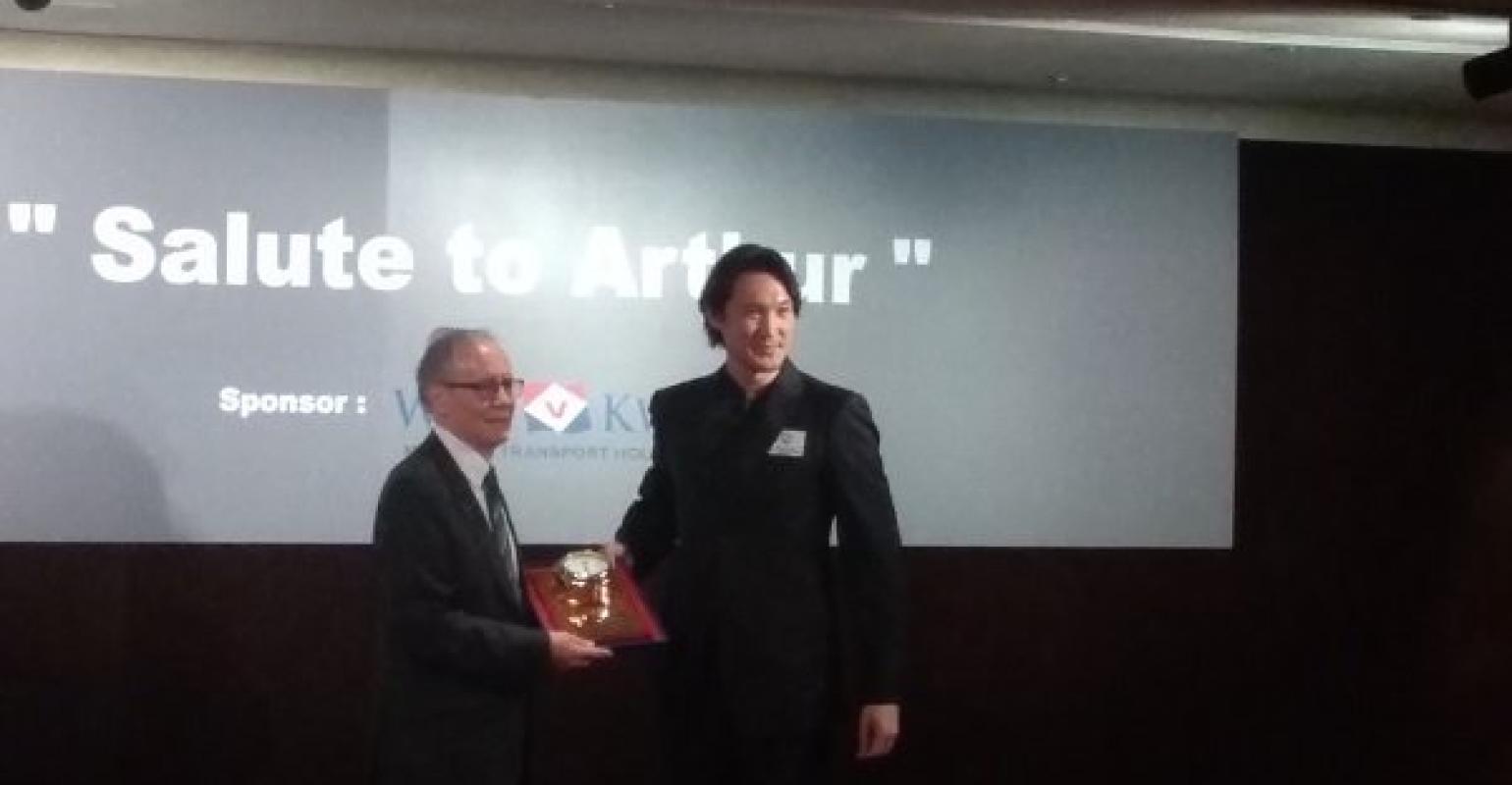 The retirement dinner of one of Hong Kong shipping’s icons was filled with accolades and anecdotes from his long and illustrious career. Long-serving Hong Kong Shipowners Association (HKSOA) managing director Arthur Bowring, after stepping down from the post in December 2016 continued in a senior consultancy and advisory role with the association till this week.

Reflecting on his over two decades at the association, Bowring said: “It’s been a fascinating 20 years with some difficult and frustrating times and some major successes. But perhaps you need one to have the other.”

“What we have achieved, we’ve achieved together. I’d like to thank you all for the opportunity and privilege to be able to promote, protect and represent your interests. It’s been a real pleasure to work with the most active, dynamic and forward-thinking ship owners and ship managers in the business and the multitude of services that surround it,” he concluded.

“Apart from his tireless work for Hong Kong shipping and society, I think we also need to recognize on a much larger scale Arthur being the champion of our industry… it is through his love of our industry that he has made a huge difference across the entire spectrum of our industry on a global scale,” said HKSOA chairman Jack Hsu.

Recalling the first time he met Arthur 24 years ago, Mandarin Shipping director and former Wah Kwong Maritime Transport ceo Tim Huxley quipped it was actually prior to his involvement with HKSOA and over the handover of a very old Swedish-built ship.

“Arthur’s achievements in representing Hong Kong on the global stage and the recognition he has received from numerous titans of the shipping industry have been well documented and recounted,” Huxley added.

Paying tribute to Bowring’s efforts and that of the association in getting the voluntary at berth fuel-switching Fair Winds Charter adopted, former lawmaker Christine Loh said: “(It was) the highest point in my policy life. We couldn’t have done what we did for Hong Kong without Arthur.”

With a closing remark that will no doubt prove prescient, Loh concluded: “It’s really hard to find one person with so much experience and knowledge”, suggesting that Bowring would inevitably remain very much active within the industry.