ICS keeping in touch with shipowner interests into the future 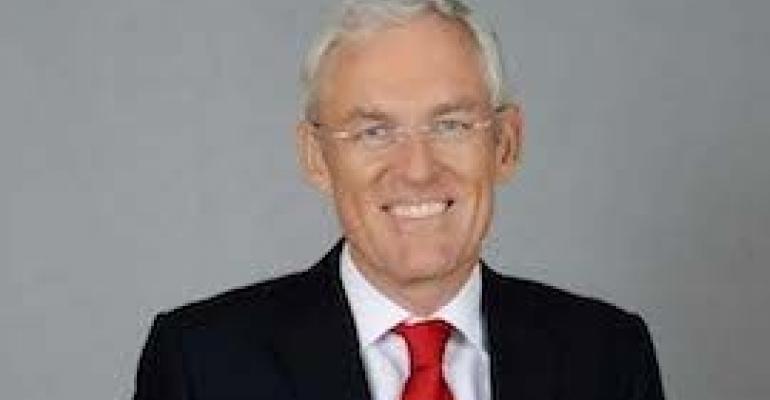 The role of the International Chamber of Shipping (ICS) to represent the interests of shipowners at international forums, such as the International Maritime Organization (IMO) in particular, is one that pushes it to the forefront of many hot button issues.

In recent years these have been focussed on a greater environmental consciousness but have also included new technological developments in the maritime industry as well. At the centre of all this has been secretary-general Hinchliffe, while chairman Poulsson, since being elected in 2016, has also provided strong impetus to effect many of the key changes that are helping to define the future of the shipping industry. Speaking to Seatrade Maritime News ahead of the ICS annual general meeting in Hong Kong this week, Hinchliffe said: “It’s about getting regulation that achieves its desired objective but is cost-effective for the shipowners.”

This applies across the range of new regulations that are imminent with the current situation looking almost like “a perfect storm” for shipowners, added Poulsson. But highlighting the positive work of ICS he pointed out that the eventual outcome on the ballast water management convention is a good example of how industry associations can eventually prevail with common sense.

Turning back to the plethora of upcoming issues Poulsson said: “Shipowners are facing that one (ballast water), carbon dioxide, and now the low sulphur cap is a very big one.” This is set against the backdrop of a potential trade war and rising bunker prices and interest rates, he added.

He reiterated however that despite all this, shipowners are incredibly resilient and shipping is a very nimble industry. “People just somehow or other adapt or adjust and deal with it, and get on with it,” Poulsson said, emphasising that the industry is not a subsidised one where “you can go whinging and whining to authorities” when you have problems.

While both cited key achievements made in pushing through the recent carbon dioxide reduction commitment at the IMO as well as progress made on the sulphur cap they acknowledged that the hard work now lies ahead.

“We’re extremely pleased with the way the IMO is progressing with carbon dioxide reduction (and) there will be some discussion on dealing with the next steps,” said Hinchliffe pointing out that the agreement has put the shipping industry ahead of any other sector in the world in this regard.

“But of course the hard work starts now because we have to look at the individual measures on how we deliver a pathway towards a zero carbon industry and a lot of that work is extremely complicated."

There will have to be some very substantial studies from both economic and technical angles, said Hinchliffe, noting that many countries at the IMO are concerned about the impact of the agreement on their own economies. “We fully understand that and we think the fears are not serious as some countries have said but nevertheless we need to have the economic studies to make sure that we’re not damaging economies,” he said.

In addition, Poulsson also noted that the industry has not been as good at promoting these significant achievements as they could be. Indeed communications will be an area ICS will focus more on going forward, he added. “Communications is becoming ever more important in the sphere of trying to influence (issues),” he suggested.

Among the most recent of these has been work done in what might generally be called the digitisation of shipping, with the greater interest in autonomous ships as well as accompanying issues of cybersecurity.

At the outset, Hinchliffe suggested that it is important to define the term autonomous shipping. In line with this, he was not opposed to greater use of automation onboard to ease the administrative burden on seafarers in the interests of greater safety. However he personally remained unconvinced that unmanned ships would be widely adopted. Simply based on a cost-benefit and economic basis, he reasoned that unless they are cheaper to build and operate than manned ships, it is unlikely that owners would choose this option anyway.

Read More: IMO to set up taskforce on autonomous ships

In relation to cybersecurity aboard ships, Hinchliffe said while there are already industry guidelines for this, he was against the idea of specific regulations because they would almost inevitably lag the pace of changes in technology.

“It’s much better for the industry to produce its own guidance,” he said, suggesting that including cybersecurity as part of the International Safety Management or ISM Code might be a better way of doing it.

A quiet but potentially serious issue in relation to greater environmental concerns is the efficiency requirements now required of ships in the form of the Energy Efficiency Design Index (EEDI).

“We’re obviously interested in making sure that design issues are indeed reflecting the safety requirements,” emphasised Hinchliffe, while noting also that ICS has concerns with the EEDI requirements where shipyards find it easier to achieve EEDI compliance by putting in smaller engines but perhaps at the expense of safety.

“Our concern is we’ve reached the point now where the engines are so small that sea keeping ability in poor weather is actually not adequate,” he warned.

Part of the reason for this is that the IMO tends to deal with issues in so-called stovepipes, where they are compartmentalised and the different committees do not coordinate with each other, he said.

“One of the key issues for us is that the marine environment part of the IMO ie MEPC (Marine Environment Protection Committee) and the safety part, the MSC (Maritime Safety Committee) are not necessarily talking to each other. What we’re trying to do is make sure that the MSC has some kind of oversight into the safety aspects of the environmental regulations but it’s not easy to do this; so that’s very much a work in progress for us,” Hinchliffe concluded.

Meanwhile an important issue for Poulsson is the continuing efforts to engage Asia more and especially China, who is still not yet a member of ICS. He reiterated: “I’m not going to give up, we’ll keep trying to bring them in (and) the Hong Kong Shipowners Association have been very helpful in this effort.”

Poulsson also confirmed that there have been plans to set up Asian representation but a decision on this would not be made till ICS’ board meeting in September.