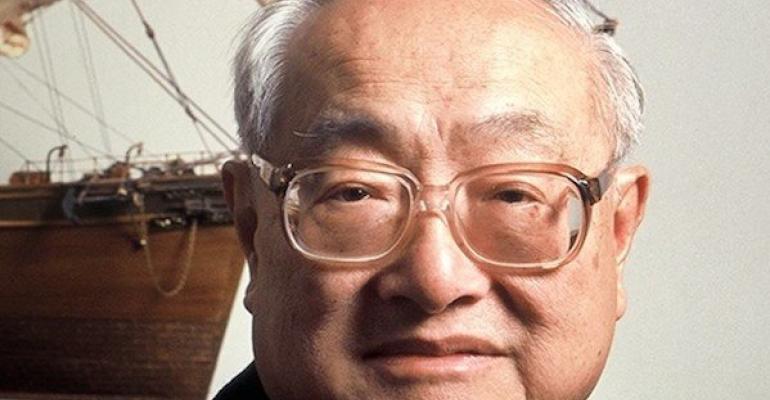 Frank Tsao Wen-king, founder of IMC Group, has passed away on Monday in Singapore.

Tsao, a highly respected veteran in the shipping industry, was born in Shanghai in 1925 and ventured into the shipping business in Hong Kong in 1949, co-founding Great Southern Steamship Co.

In 1966, he established International Maritime Carriers (IMC) in Hong Kong and eventually grew the company into transporting a wide range of commodities worldwide.

Throughout his long shipping career, Tsao played a pivotal role in shaping the growth of the maritime industry and in promoting maritime education and research in Asia.

In 1968 in Malaysia, he partnered the Malaysian government to establish the country’s first national shipping line – the Malaysian International Shipping Corporation.

Tsao is also known for his donations to universities for the advancement of maritime education, training and research, helping to nurture maritime talent through university scholarships in Dalian, Hong Kong, Qingdao, Shanghai and Zhoushan.

In 2005, Tsao helped to establish the Centre for Maritime Studies at the National University of Singapore (NUS). In 2007, he played a key role in establishing the permanent secretariat of the Asian Shipowners Forum (ASF) in Singapore.

He is the first Asian recipient of the CMA Commodore Award from the Connecticut Maritime Association of the US in 2002.

His contributions to the maritime industry also won him other awards including the Silver Bauhinia Star by the Hong Kong SAR Government in 2006, Honorary Citizen Award by the Singapore government, and Lifetime Achievement Award by Seatrade Asia – both in 2008.