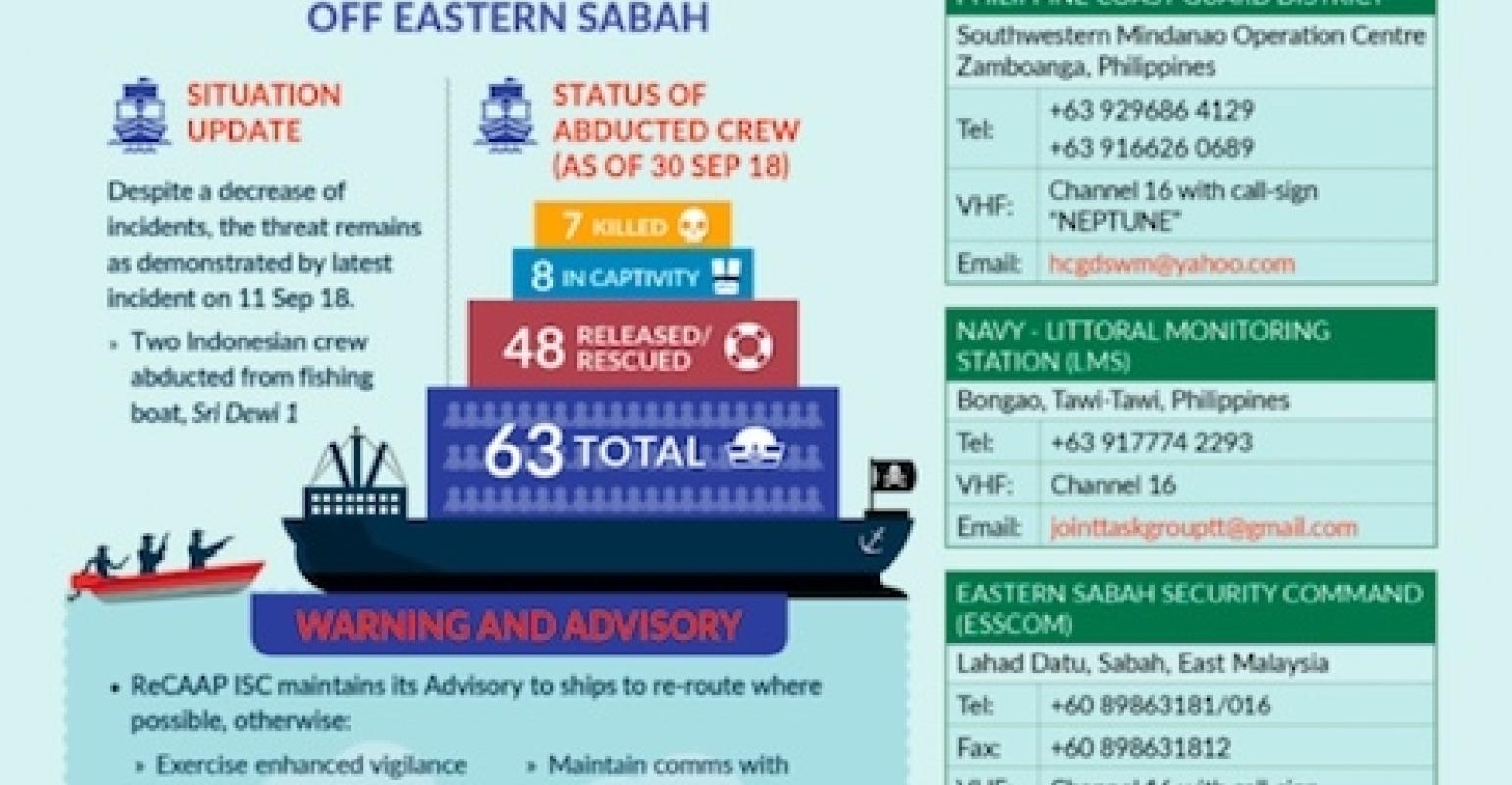 Piracy reporting centre ReCAAP Information Sharing Centre has warned that an imminent threat of abduction of crew from merchant ships remains in waters been the Southern Philippines and East Malaysia.

In its report for the first nine months 2018 ReCAAP said there had been two incidents of kidnap for ransom Sulu-Celebes Seas and waters off Eastern Sabah, comprising one actual incident, and one attempted kidnapping.

ReCAAP strongly advised vessels transiting the region to maintain enhanced vigilence for the presence of suspicious small craft and maintains its advise issued in November 2016 advising ships to re-route if possible.

ReCAAP issued a specific warning over possible kidnappings from merchant vessels in the region on 1 May this year.

Between March 2016 and April 2017 attacks on merchant ships to abduct crew for ransom in the southern Philippines, claimed largely by Abu Sayaaf, saw 59 seafarers abducted from 13 vessels in the region.