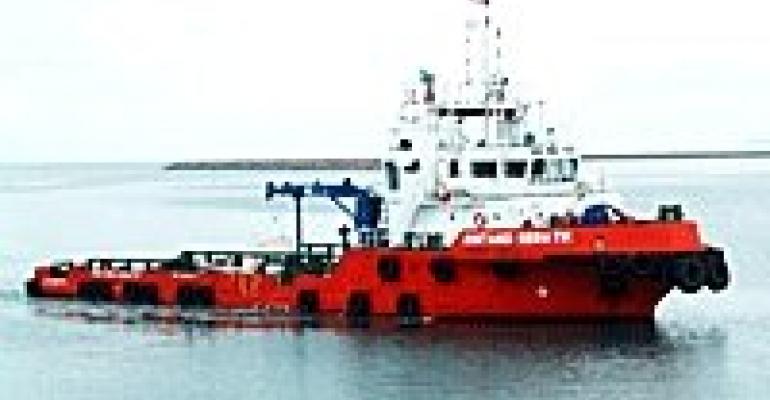 Indonesian offshore supply vessel (OSV) company Wintermar Offshore Marine gave some indication of what it believes the prospects to be in the Indonesian offshore oil and gas (O&G) market in its most recent first quarter results briefing.

The mainly domestic focussed OSV player said that despite stronger oil prices in the quarter where levels rose about $70 a barrel for the first time since 2014 and more activity, charter rates remained depressed by continuing oversupply of vessels. In addition, budgets for new projects are also much lower, driving higher cost efficiency in the industry.

Wintermar noted that the market is coming into better balance however. “Over the quarter we noticed more transactions of older vessels, and some troubled companies going under, as well as a few fortunate ones being rescued. Scrapping of rigs and OSVs continued, which is taking the demand and supply balance to a better level,” it said.

Turning to the global economy, Wintermar said “rising geo-political risks in 2018 have triggered upward adjustments to oil price forecasts by EIA and the World Bank for the next few years, supporting a stronger business outlook for oil support services”.

In the domestic market, Indonesian regulatory body SKK Migas has announced that there are 50 upstream projects due to start production in the next ten years that are expected to produce 84,700 bpd of petroleum output and 6,100 mmscfd of gas, with a total investment of $11.9bn. Wintermar noted 30 or more than half of these are offshore fields.

The company added that these projections did not include two large projects which are in the process of Front End Engineering Studies. If the Indonesian Deepwater Development (IDD) Project and the Masela Field receive approvals they will significantly increase the level of drilling activities in future years.

Elaborating on its strategy going forward, Wintermar said there will be a time-lag before any meaningful projects kick in. While there are some longer term tenders in progress, work will only begin from the third quarter of this year onwards.

Wintermar plans to use the interim period to continue to sell older and low-spec vessels as it tries to keep its fleet young. Meanwhile higher-spec vessels will be deployed on spot contracts and suggested that it would carry out more vessel sales in the coming months. During the quarter Wintermar had scrapped two vessels and committed to sell another one in April even though it realised a slight $200,000 loss from the transactions.