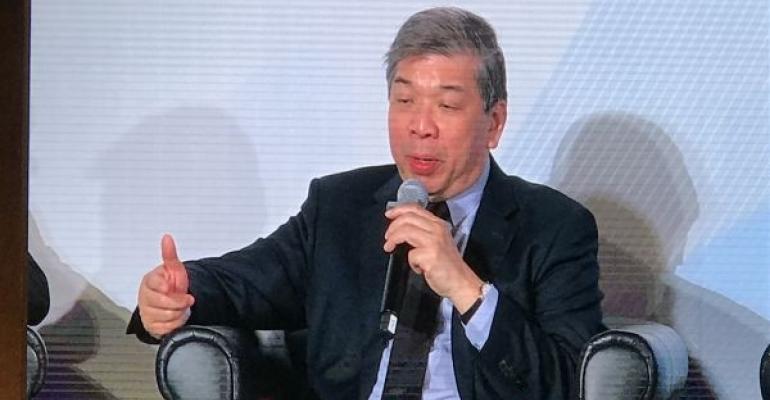 “Intra-Asia is definitely growing, and I always tell my colleagues that it is the biggest and most promising market that is right at our doorstep,” Teo said.

“Asean is set to be the fourth largest market in the world by 2035, and not to forget that Asean has a population of 650 million and half of them are less than 20 years old,” he said. This means that much resources and goods will flow from resource-rich countries into Asia to fulfil the growing middle class demand for years to come.

Teo recalled that in the late-1990s and especially after China’s entry into the WTO in 2003, growth was mainly in Europe and the transpacific. For a 1% growth each in the North America and Europe economy, volume growth for container shipping was at a whopping 10-11 times and around eight times, respectively.

“Now we are seeing growth in areas like Southeast Asia, Africa and Latin America, but these GDP growths do not result in multiple volume growth because I think their economy structures are different,” Teo shared.

“We also see the consumption pattern changing – it is moving to areas where we used to call third world countries. Now we call them emerging markets – Latin America, Africa and even South Asia like Bangladesh where you have population, positive GDP growth and in many of these countries you actually have a peaceful transition of power,” he said.

“Even in Africa, we are seeing that the region is slowly being industrialised,” he said. PIL, for example, is now loading processed rubber from West Africa to Asia. “We see regional trade growing, and I think there’s a lot of potential going for it in intra-Asia, even intra-Africa and intra-Latin America.”

Singapore’s PIL has a strong operational focus on Asia-Africa and the Middle East, and it has also upgraded its Asia-South America services to tap on the growth of these emerging economies.

For container shipping, there are definitely volumes to be tapped on but the volumes are “moving around”. “That will eventually lead to changes in the size of ships to be deployed and different hub ports will show up,” Teo believed.

“Overall I’m optimistic. You just have to be careful as to where you think the cargo growth is going to be, and you have to deploy your resources to suit the trade pattern,” he said.