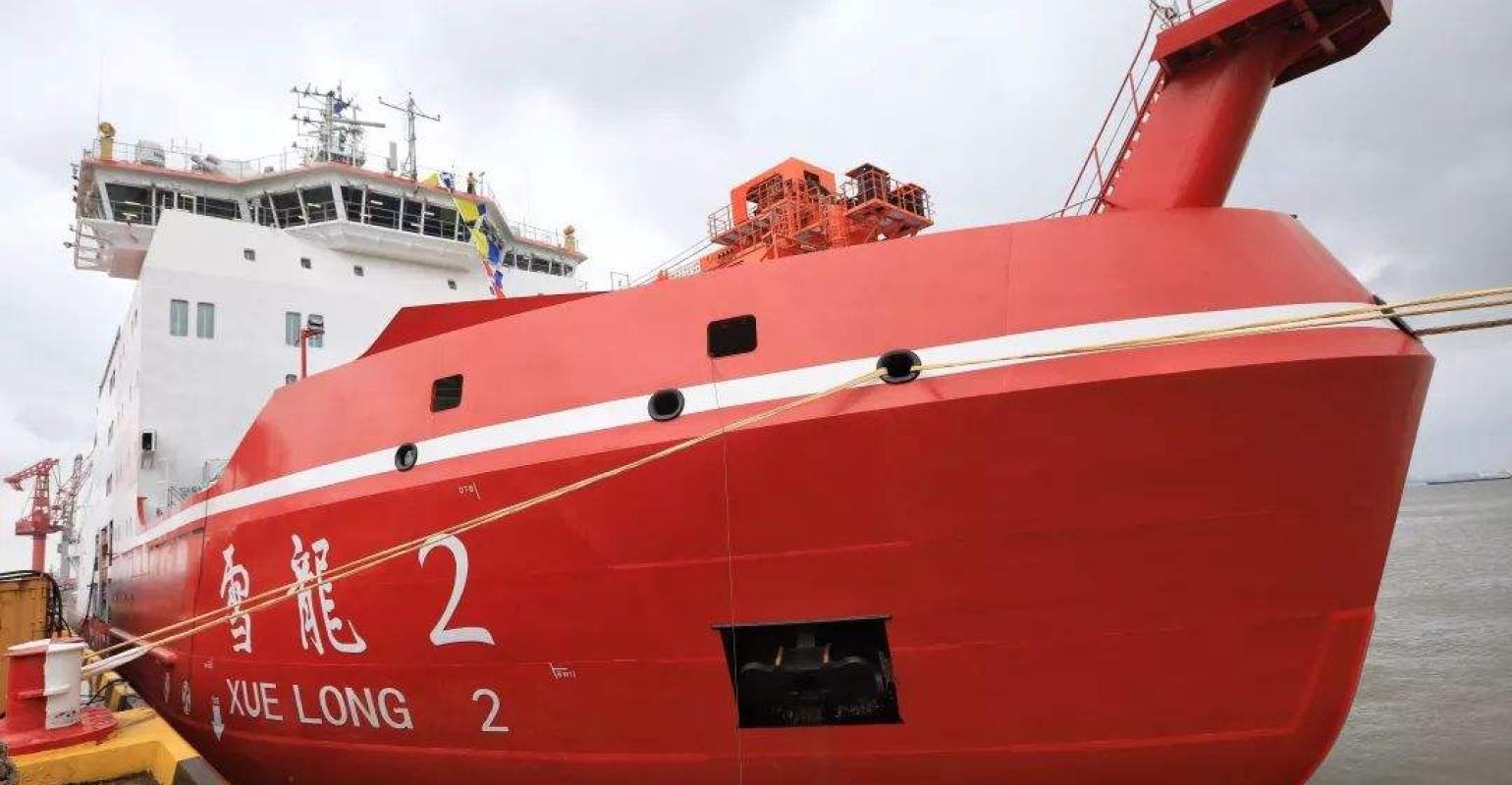 China's first domestically built polar icebreaker Xuelong 2 was delivered in Shanghai, and will sail for Antarctica together with Xuelong for its maiden voyage later this year.

The Polar Class 3 vessel is 122.5 meters long and 22.3 meters wide, with a displacement of 13,996 tonnes and a navigation capability of 20,000 nm. It was built by China’s Jiangnan Shipyard and co-designed by China's State Shipbuilding Corporation and Finland's Aker Arctic Technology.

Xuelong 2 has two-direction icebreaking capabilities with for both its bow and stern. It can sail on 60-day expeditions to all regions of the globe, according to Hu Keyi, technical director of Jiangnan Shipyard.

The vessel will become a major platform for China’s oceanic environmental survey and scientific research in the polar regions, and boost China's polar research and expedition capabilities.

Currently, China has only one icebreaker Xuelong in service, which was built in 1993 at Khenson Shipyards and was converted from cargo ship to a polar research vessel by Hudong-Zhonghua Shipbuilding.