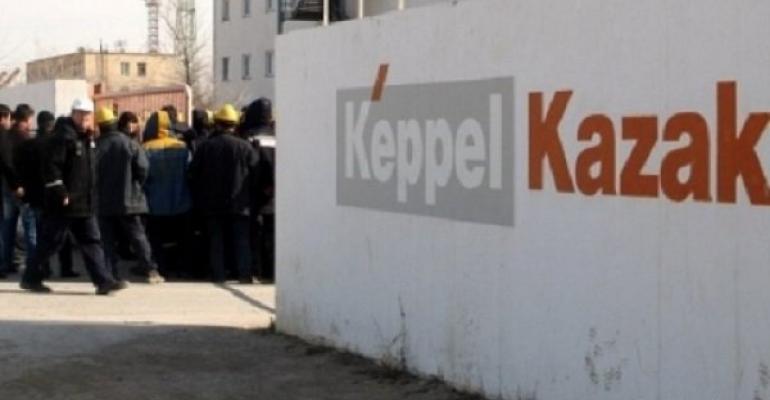 Keppel Corp has effectively pulled out of Central Asia after dropping the Baku Shipyard, its last remaining facility in a region that was once touted as being full of oil and gas potential.

The group said in a stock market announcement that its management and operating contracts with the joint venture yard in Azerbaijan had been terminated, although Keppel Offshore & Marine (KOM) retains an 8.5% stake in the joint venture.

KOM in 2013 established together with State Oil Company of Azerbaijan Republic (SOCAR) and Azerbaijan Investment Company (AIC) the shipbuilding and shiprepair facility in Baku, Azerbaijan.

KOM had been managing and operating the facility but amid the slump in the global oil and gas industry, the Singapore-based multinational looks like it has pulled the plug on this segment.

The termination of the agreements effective June 30, 2018 were made “following the successful development, start-up and initial operational phases of Baku Shipyard, and in view of the updated operational requirements based on current business conditions,” Keppel said in its announcement, adding that management of the yard has been handed over to SOCAR.

Earlier this year, KOM wound up Caspian Shipyard Company, its other joint venture yard in Azerbaijan which it established in 1997, after letting the joint venture agreement lapse.

Meanwhile in 2014, KOM had reportedly bailed on Kazakhstan after selling its stake in Keppel Kazakhstan. This yard had seen few orders apart from a barge building contract in 2006 and one jack up rig in six years later in 2012. Meanwhile a strike had plagued management in 2013, soon after the contract to build the only jackup.