A legal reality check for autonomous shipping in 2018 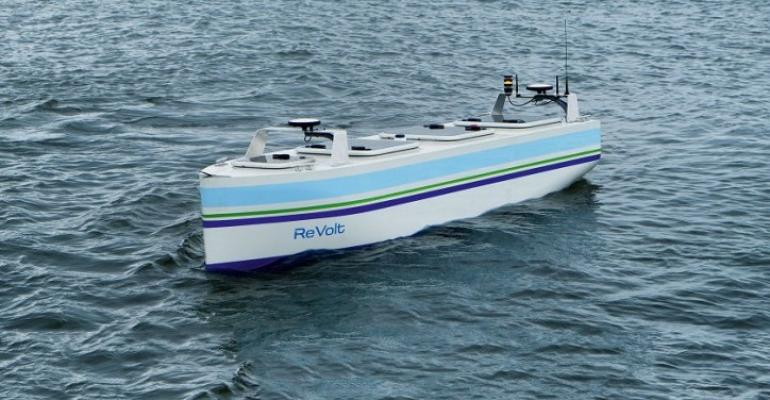 In the second part of this two-part series international shipping lawyer Torgeir Willumsen takes a closer look at the legal obstacles to autonomous shipping.

There are very few technological obstacles to autonomous vessels, but commercial issues are still preventing investments. In addition there are also various legal challenges.

Shipping is an extremely international business with vessels trading to various countries and continents. Uniformity of regulatory approach is typically achieved through the International Maritime Organization (IMO) where some of the main conventions practically cover the world's combined merchant fleet. The problem with such a comprehensive system is that it moves very slowly. With the process of regulating autonomous vessels just barely having started within the IMO, the outcome is years away.

One of the legal issues facing autonomous vessels is the safe manning requirements applicable to merchant vessels. Several conventions (and charterparties) require that vessels shall be properly manned, something which is a challenge for an autonomous vessel designed to operate safely without any crew onboard.

The parties are free to amend any contractual wording according to the technical reality, but the convention rules on manning are implemented and mandatorily imposed by the flag states. It could be argued that a vessel from a safety point of view is sufficiently manned with zero crew when designed for this purpose. However, all maritime conventions have been drafted on the basic assumption that vessels have crew onboard and it seems unlikely that flag states will push the boundaries here.

Seaworthiness remains a crucial requirement in shipping found in a great number of contracts and legislation. In English case law it has been defined as “that degree of fitness which an ordinary careful and prudent owner would require his vessel to have”. It seems likely that technical developments will be factored into such a flexible standard, meaning that an autonomous vessel that complies with applicable rules would be considered seaworthy.

Rules on navigation are on the other hand closely linked to the crew, for instance by imposing certain duties on the Master of a vessel. If there is no Master it is unclear how such duties can be discharged. It is unlikely that a duty simply will fall away under such circumstances and a more likely approach by flag states is that amendments will be required to place the duty on a different entity such as the owner, a designated person ashore or the vessel itself.

We must assume that for many years to come unmanned autonomous vessels will be navigating alongside manned vessels. Collision avoidance regulations (COLREGS) must therefore apply equally to both kinds of vessels as the crew onboard a manned vessel must be able to predict what other vessels will do regardless of manning.

From a technical point of view it is probably feasible to create algorithms that comply with COLREGS. A challenge, however, is that the COLREGS often also contain a human element, such as Rule 2(a) which has an overriding obligation to act as is required by “the ordinary practice of seamen.” This typically refers to what a reasonably competent mariner should do in a given situation

It is in this regard noteworthy that many of the COLREGS rules refer to what the vessel, not the seafarer, should do in a given situation. Indeed, the 1910 Collision Convention Article 3 refers to the errors of the ship, not the crew. Although for instance good seamanship is a concept based on human decision making and actions, there is conceptually nothing preventing an unmanned vessel from complying with such requirements through its manoeuvring. Such an objective approach is in line with the spirit of COLREGS and may be the way forward for any necessary amendments.

Another challenge is the great variety of maritime liability regimes. Some impose liability on the owner (or bareboat charterer) through actions of the crew, such as COLREGS, some impose strict liability on the registered owner (e.g. various pollution conventions), whereas others hold the ship liable in its own right (e.g. maritime liens).

Liability regimes directed at either the vessel or the registered owner are likely to apply equally to manned and unmanned vessels. However, an autonomous vessel will create complications to any liability regime based on crew negligence. Can for instance a bareboat charterer be held liable for a collision of an autonomous vessel? Moreover, the introduction of new software and hardware enabling autonomous navigation of vessels is bound to cause new legal issues. Will for instance software suppliers risk becoming liable for navigation under COLREGS based on algorithms developed by them? The answers to these questions are far from clear, and much work remains before international solutions are in place given the slow pace of the IMO.

By contrast, national legislators can move much faster as international conventions allow for national exemptions. In the Yara Birkeland project the Norwegian Maritime Authorities have publicly stated that they want Norway to be the first maritime nation deploying an autonomous vessel. Other nations are likely to follow suit, paving the way for local deployment of autonomous vessels before they make their way into international waters. As the commercial case for autonomous vessels is also strongest for coastal and inland waters vessels, disruption is likely to start locally and expand from there.