Methanol – an economic alternative marine fuel of the future? 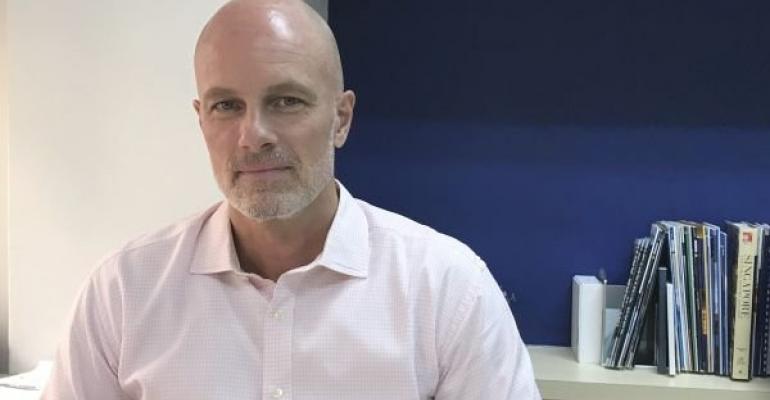 The use of methanol as a marine fuel has not yet widespread interest amongst the global shipping community seeking alternatives to high-sulphur fuel, as its use as a clean fuel is overshadowed by commonly known scrubbers, low-sulphur fuel oil and LNG.

Methanol, an alcohol-based liquid chemical, emits close to zero sulphur oxide (SOx) and very low nitrogen oxide (NOx) and particulate matter (PM), credentials it shares with LNG but without the need for expensive and complex cryogenic shipboard and supply infrastructure, according to the Methanol Institute (MI).

Chris Chatterton, coo of MI, pointed out that unlike LNG, methanol is liquid at room temperature, allowing its storag in existing fuel storage tanks or, due to its miscibility in water, even in ballast water tanks, thereby lowering investment costs of building or converting ships to run on methanol.

To-date, eight methanol-fuelled vessels are in trading including Stena Germanica. Waterfront Shipping, subsidiary of the world’s largest methanol producer Methanex, operates seven two-stroke dual-fuel engines tankers and will add four more to its fleet in the first half of next year.

“We are not talking about needing to overcome major infrastructural modifications and costly investments in order to switch to using methanol as fuel. The only main hurdle is a lack of a global legislation and perhaps political will of individual states,” Chatterton told Seatrade Maritime News.

In September, IMO’s CCC5 sub-committee confirmed draft guidelines for the safe operation of ships using methanol, setting them on course for formal approval by the IMO’s Maritime Safety Committee which will convene during the first week of December in London.

MI believes that methanol has potential as a future-proof marine fuel to help fulfil the IMO’s commitment to halve carbon dioxide (CO2) emissions from ships by 2050, a target that cannot be met using conventional fuels or LNG.

Chatterton pointed out that pilot and demonstration projects are important first steps to showcase the viability of methanol to the shipping community.

MI and Singapore’s Nanyang Technological University (NTU), for instance, are co-funding a first pilot project in Asia to evaluate the use of methanol as a marine fuel.

The pilot project consists of two phases, with the first phase consisting of desktop and bench-testing the methanol-powered engine used in the GreenPilot evaluation programme in Gothenburg, Sweden. For the second phase, the GreenPilot engine will be shipped to Singapore for installation onboard a harbour craft vessel for service within a fleet for a six-month sea trial.

The estimated costs of the pilot project are less than $200,000 and will cover the conversion of a ship to be fitted with the methanol-fuelled engine, bunkering, training and subsequent sea trials.

Chatterton hopes that for maritime players in Singapore the project will be a useful demonstration of the benefits of methanol as a marine fuel, encouraging them to consider methanol as an alternative fuel once they gain a better understanding.

“It is probably a one-day affair to train the crew on how to operate a methanol-powered ship, as opposed to a LNG-fuelled ship which is operationally much more complex,” Chatterton said.

Methanol also has price and efficiency advantages compared to marine gas oil (MGO). Today, methanol as a marine fuel is priced at around $350 per metric tonne (pmt) compared to Singapore MGO at around $700 pmt. In fact, Chatterton said methanol can be even cheaper when blended down with 25% water injection as it does not need to be in its purest form for ship propulsion. In addition, the blended down methanol can still have 2-4% higher combustion efficiency compared to the use of MGO.

“It is only marginally more expensive to build a methanol-powered vessel compared to building a conventional vessel running on heavy fuel oil, based on Waterfront Shipping’s newbuild deals,” Chatterton said.

Meanwhile MI is making progress on establishing a new office in Beijing, China as its second office in Asia after Singapore. Outside Asia, the institute has offices in Washington and Brussels. “Our new office in Beijing is in partnership with China’s ministry of industry and information technology. We look to expand the use of methanol as a marine fuel as we widen our global presence,” Chatterton shared.