ONE weighs heavy on Japan's 'big three' shipowners in H1, NYK and K Line in the red 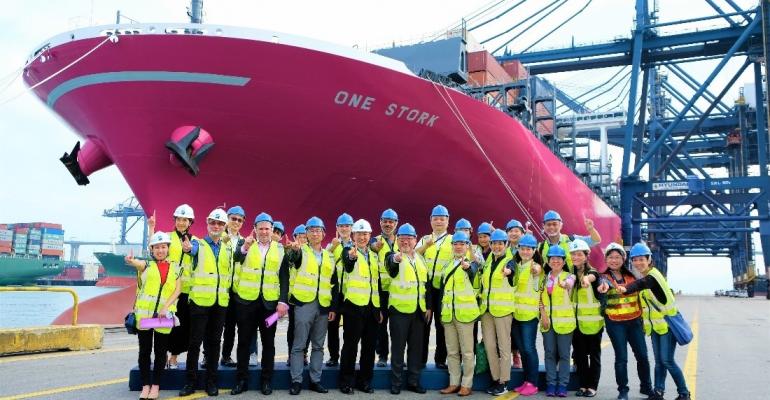 Container line joint venture Ocean Network Express (ONE) dragged down all of Japan’s big three shipowners in the first half of FY2018 with both NYK and K Line in the red.

NYK reported a recurring loss of JPY9.03bn for the six months ended 30 September 2018 compared to a JPY22bn profit in the same period a year earlier. NYK reported two business segments in the red – container shipping with a JPY18.8bn loss and air cargo with a JPY7.9bn loss for the period.

In container shipping NYK noted the start-up of ONE with Mitsui OSK Lines (MOL) and K Line from 1 April this year. “However, immediately after the start of the business, a disruption to the service occurred, causing a drop in loading volumes and slot utilisation. The impact of this resulted in a loss being recorded. In addition, NYK Line incurred significant one-time costs following the termination of the container shipping business mainly in the first quarter,” NYK said.

K Line also reported a first half loss with the company $216.4m in the red in the first six months of FY2018. The result was dragged down by its product logistics segment, which includes car carriers, logistics and container shipping, with JPY35.5bn loss in the period. As with NYK teething problems at ONE were partly to blame and it also incurred operational costs of returning empty containers to Asia and higher bunker fuel costs.

MOL was the only one of the big three to report a profit the first half of FY2018 with a profit of $50.4m. As with its fellow Japanese shipowners the overall result was dragged by containers and logistics. Its product transport business, including car carriers, reported a JPY8.6bn loss in H1 while container shipping racked up a JPY10bn loss.

Looking ahead for container shipping MOL said: “Although ONE remains on the path to recovery regarding liftings and utilization rates, it is expected that ONE will take steps to improve financial results by enhancing cargo liftings on backhaul voyages and cutting costs, including reducing fuel consumption.”

Earlier this month the three Japanese shipowners forecast that ONE would lose $600m in its first year of operations.