Safe navigation - what shipping can learn from aviation 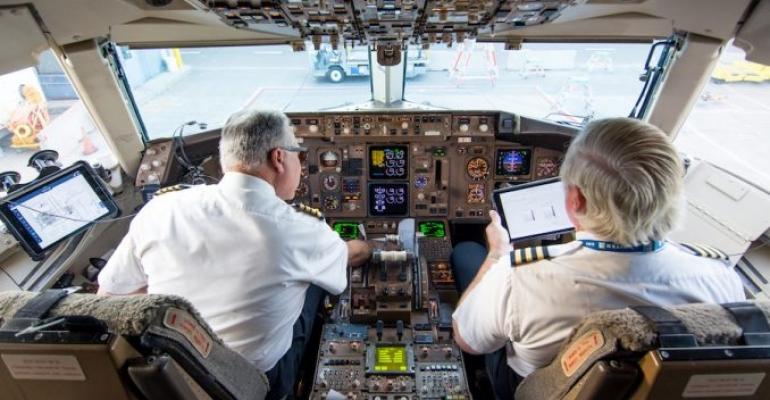 Discussions on safety at sea and accidents will almost inevitably lead to the issue of the human factor, which unfortunately is credited as the cause of around 70% of accidents.

How to overcome the issue is a major conumdrum. Automation and electronic navigational equipment are one method, however, such systems can as accident investigations have shown actually result in greater confusion of situational awareness. Arguably autonomous ships could be the answer, but it is generally accepted for ocean shipping this is a long way off.

An increasing number of people are looking at the procedures used by another transportation industry that has the human factor combined with a high degree of automation and electronic navigation, and that is aviation.

At a recent loss prevention seminar by the UK P&I Club in Singapore, the sterile environment of the plane cockpit was explained and practise of verbalising all actions, so both pilots know exactly what the other is doing, and junior officers can challenge a senior officer if they see a mistake being made.

The UK Club working with Canadian-headquartered aviation training company CAE on applying these types of training procedures to maritime.

Applying aviation style procedures to the bridge crew of ship was also brought up by speakers at last week's International [email protected] Conference in Singapore. One of the documented issues is a lack of willingness for junior officers to intervene where they see a more senior officer making a mistake, something that can be exacerbated by the mixed nationality and cultural factors found with ship's crews.

Kunal Nakra, deputy director of the Transport Safety Investigation Bureau, Ministry of Transport, Singapore, which investigated both maritime and aviation accidents, explained the phases of commuication used in an airline cockpit. In the first phase, the guidance phase, unlike in shipping first names are used between the officers and should the action of one appear to be wrong to the other they will say “I am concerned...” rather than saying the other officer is doing something wrong.

In the second, procedurial phase, formal titles will be used such as Captain, with a point being raised and possible point of action given. In the third phase it woud become an order such as “You must go around” and finally if necessary the pilot would take over from the Captain and perform the action themselves.

Nakra said he believed it was possible to apply the system to the maritime industry, and it was something the industry could do on its own without regulation from the IMO.

Toby Forrest, general manager, freight portfolio for Rio Tinto, who spent 11 years at sea, said that he was a big advocate taking a lot from the aviation industry. He noted that there were tanker operators who had employed aviation pilots to review their systems.

Forrest also urged delegates to read the book QF32 written by the Captain of Qantas QF32 in 2010 where the second engine of the A380 jet exploded shortly after leaving Singapore for Sydney and narrowly avoided being one of the biggest accidents in aviation history.

While aviation safety is not perfect, and the human factor can cause as watching a few episodes of Aircraft Investigation would clearly show, there is plenty shipping could learn from the industry. Obviously the two industries are not the same so it would be a case of apadting the aviation model to shipping to improve safety and reduce the chances of incidents caused by human error.