Seafaring - You don’t have to be mad to work here 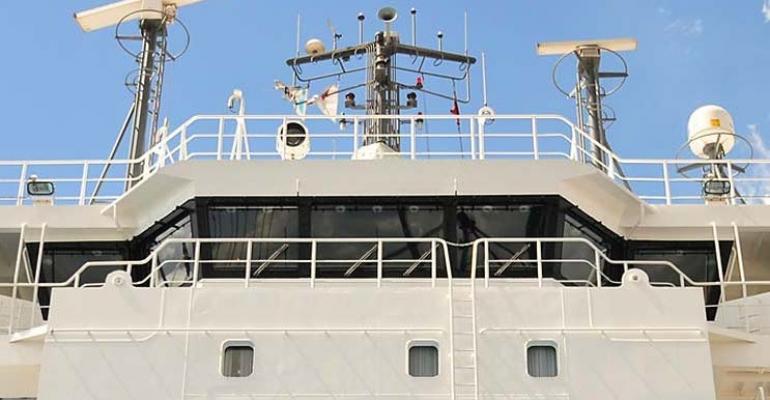 Seafarers of a certain age will remember the sardonic note that somebody would have inevitably stuck under the glass on the chart table or on the desk of the engine control room. “You don’t have to be mad to work here – but it helps” it said, which was a point worth thinking about with the body at its lowest ebb, on watch, about half an hour past midnight.

There seems an inordinate amount of attention being paid these days to the mental well-being (we mustn’t call it “sanity”) of seafarers. Just this week that excellent maritime welfare organisation ISWAN was plugging a third guide to good mental health, sponsored by the Shipowners’ P&I club, written by a consultant psychologist, no less, with helpful hints to stave off stress and anxiety.

Meanwhile shipowners, managers and their representative organisations are queuing up to emphasise their deep concern for their seafaring employees, while contributing to various important academic studies on the incidence of mental instability, or worst of all, suicide among seafarers. Seafarers cannot go far from their ships, without being consulted on their happiness or well-being. Astonishingly, many of them seem pretty content with their lot in life.

All this professional introspection seems itself to be getting to people. Just the other day the InterManager secretary-general Captain Kuba Szymanski, who we need to congratulate for his Honorary Doctorate from Solent University, was wondering why we seem to think that seafarers, focussed on their devices in their leisure hours, are any different from young people ashore. There is nothing wrong with his mental health, but he is probably right to worry about all the publicity being lavished upon the alleged problem of seafarers’ sanity. If we give the impression that the chances of surviving a dozen years at sea without being sectioned are remote, we do our recruiting efforts no favours at all.

I am afraid, however, that society has always tended to regard seafarers as either irresponsible or different to people who make their living on land. Most of us, these days, don’t know any and that is perhaps part of the problem. Part of me agrees with the InterManager sec-gen that we shouldn’t necessarily condemn some junior officer for sitting in his cabin playing Grand Theft Auto on his laptop, because his or her equivalents ashore will probably be doing pretty well the same instead of conversing with peers in messroom or pub respectively.

It may be reprehensively anti-social, this shunning of shipboard life, but it is no more than the norm of society circa 2018. And just remember, we ashore are all getting terribly exercised about the effects of social media on shore-side sanity. I have been saying it for half a century or more, that seafarers are no different to people ashore, only nicer.

At the same time, we should not dismiss those expressing their concerns about the life we expect of the modern seafarer. When I was at sea, the last thing I ever felt was lonely. But I sailed on ships crewed entirely by people who spoke my language, and there were enough of us for a complete shipboard society to emerge over the length of a long voyage. Cabin doors were never closed, there was a brisk and cheerful society off-watch in the smoke-rooms or bars, all long gone, alas, with prohibition and ruthless crew reductions. Accommodation was never luxurious, but it was better on our new ships than on what is emerging from shipyards today, I am told, with the accountants firmly in control.

Read more: More than 25% of seafarers suffer from depression

So if there is loneliness, stress and fatigue, it is largely inflicted by an unsympathetic regime of management, one which scrimps and saves on numbers, “sweats the assets” to use a horrible management term and forgets entirely that they are dealing with fellow human beings and not figures on a spreadsheet. The devices, the shut cabin doors and the inability to communicate to other human beings do the rest.