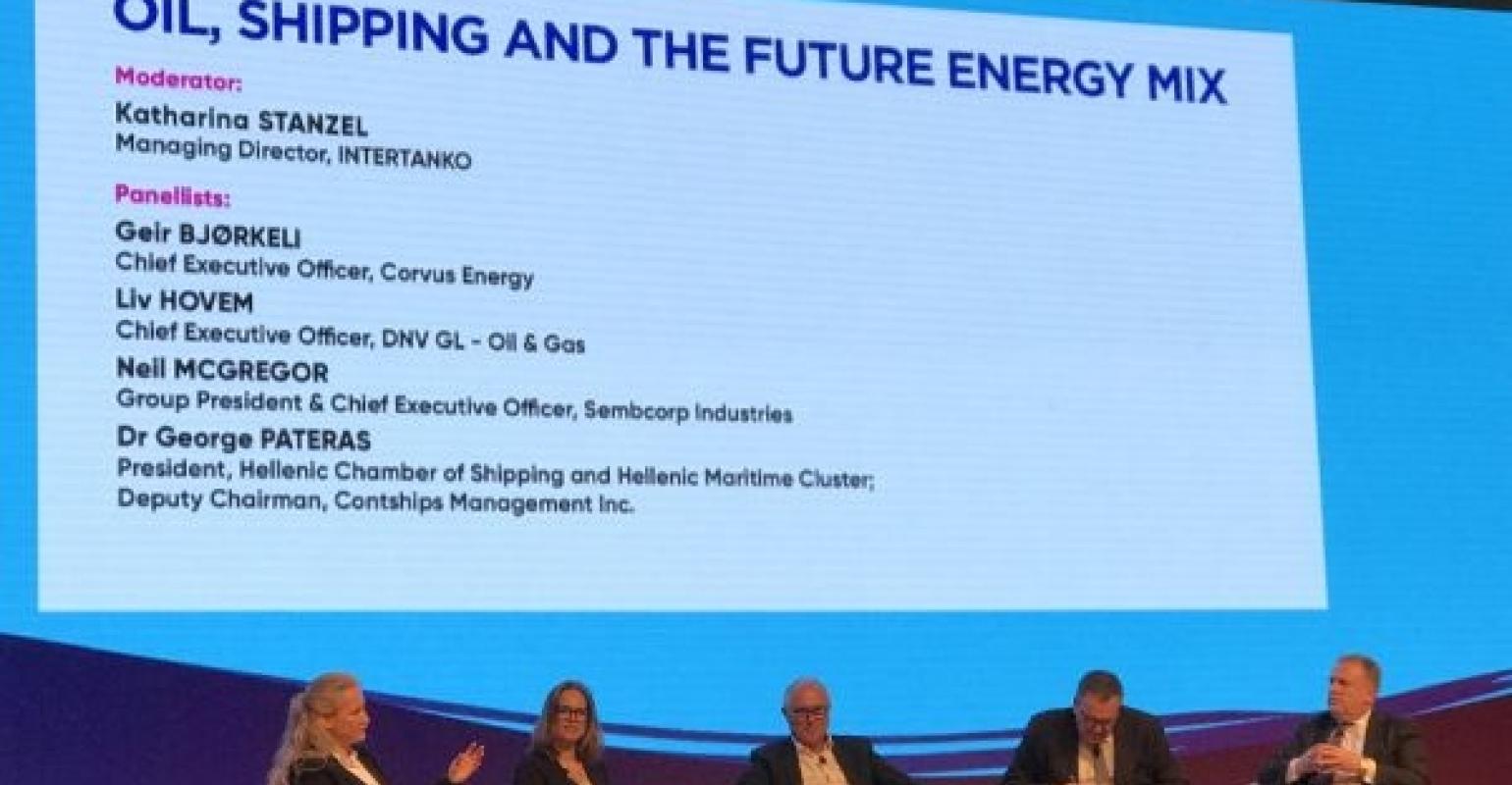 Shipping forecast to use more non-fossil fuels by 2050

Shipping is forecast to see a shift toward greater use of non-fossil fuel energy for propulsion by 2050 under influence from environmental concerns and the reality of climate change.

Liv Hovem, ceo of DNV GL – Oil & Gas, shared a projection that 39% of ships propulsion energy will be supplied by carbon-neutral fuels by 2050, surpassing that of liquid fossil fuels. Hovem was one of panellists speaking at a conference session of Sea Asia 2019 held in Singapore on Thursday as part of the Singapore Maritime Week.

“Moving forward, of course, this creates a lot of uncertainties for shipowners if they want to invest in new ships today,” she said.

Neil McGregor, group president and ceo of Sembcorp Industries, said one thing for real is that climate change is here and as an industry “we have to do something about it.”

McGregor said: “Climate change is really affecting regulatory and government policies, and whether you like it or not, it’s going to be more, rather than less, and that’s going to reshape the whole industry.”

“So these are drivers that will impact your business. And we are finding our own investors and customers are demanding change and new approach to our industry,” McGregor said.

George Pateras, president of Hellenic Chamber of Shipping and Hellenic Maritime Cluster, believed that if an owner orders a new ship today, the ship is unlikely to remain an environmentally suitable ship 25 years later.

“Will LNG be a short term solution? At 78% methane slip, this is 24 times more potent than CO2. Probably yes, but the lead time will be many years before we see LNG catching up,” said Pateras, who is also deputy chairman of Contships Management Inc.

As for renewable energy power sources for shipping, Pateras felt that they remain a little bit unreliable for the industry’s requirements.

“Electric powered ships for inland and coastal trading are definitely the way forward, provided there will be charging energy source. This will eliminate all pollutants from the coastal areas,” he believed.