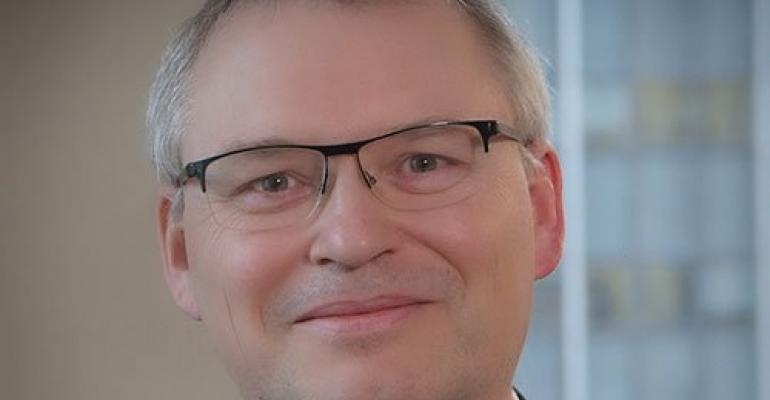 Lars Jensen, ceo & partner of SeaIntelligence Consulting talks to Seatrade Maritime News about what he sees as the top issues facing the container shipping industry in the years ahead.

Jensen, who is chairing the Global Liner Shipping Asia conference in Singapore from 17 – 19 September, identified five major issues both short and long term facing container shipping which are set out below. The topics are not ranked in terms of importance.

The 0.5% sulphur cap from 1 January 2020 for marine fuel is something that the entire international shipping industry will face and there have been a number of warnings of short term shortages of compliant fuel and dislocations of supply in shipping as a result.

Jensen is not overly concerned on its impact on container shipping saying: “It’s an issue I don’t believe is going to wreck the industry so to speak, but it can cause a bit of trouble for a temporary period until everything settles down. It may cause some short term pain.”

The spectre of a recession

Jensen notes that recessions are a recurring theme in the global economy and it is now more than a decade since the last one – the global economic crisis. When another recession comes though he believes container shipping will be better equipped to deal with it than in 2008.

“It comes from the fact carriers at much better in using capacity withdrawals to avoid excessive over capacity. We’ve seen a strong escalation in the use of blank sailings.”

As a result Jensen would act much quicker to stem the impact of recession this time around.

The potential impact of the US – China trade is not as big as might be feared Jensen says.

This is because US importers are not shifting manufacturing from China back to the US, instead he sees two potential impacts –

One key factor is though that the trade war could trigger a recession.

Digitalisation is something Jensen very much sees as being on the agenda in container shipping today shifting the way in which the industry works and deals with its customers.

“This whole aspect of digitalisation and technology has moved from being this forward looking vision to where should the industry move to something that is slowly be ingrained into daily life. It doesn’t mean the whole industry will be digital next year, it will take five to 10 years but it is moving. It’s slowly gaining traction,” he says.

The biggest and most over-arching issue facing container shipping over the next 20 – 30 years as the shipping industry as whole looks halve its CO2 emissions by 2050.

Jensen sees IMO 2020 as just the start of this process. “It seems an absolutely certainly there will be much stronger regulation coming in place on other types of emissions – most notably CO2, but also NOx and particulate matters.”

However, he believes the vast majority of the industry is “not thinking about that”. One company he highlights as taking a lead is Maersk saying they want their fleet to be Co2 neutral by 2050. But it will take much more than just Maersk to develop the technologies required for transformation of global shipping.

“The industry has a choice to make. Do they want to put the time and the effort into this as to how they are going to tackle it, or do they want to basically forget the whole topic? If they do [forget about it] rest assured there will be regulations coming from the politicians,” Jensen states.