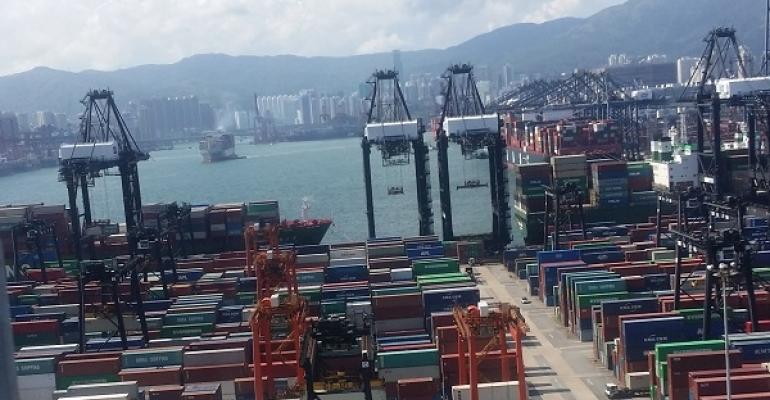 The vagaries of the increasingly volatile global trading environment were seen in the first half results of container manufacturer Singamas Container Holdings as it revealed its small loss was due partly to hedging-related forex losses as the renminbi rose sharply earlier in the year.

Meanwhile weaker performance was exacerbated by smaller margins as costs rose faster than the increase in the average selling price of containers. This is set to worsen as “buyers are more cautious because of the trade tensions”, chairman SS Teo said at a media briefing.

However, putting a positive light on the possible trade war, Teo said: “On the US tariffs, as long as the economy is doing well and people are consuming, they will still have to import, even if it’s not from China.”

He explained: “This means the supply chain will be dragged longer and demand for boxes will not be affected and may even go up.” Thus as long as there is cargo volume growth, there will be an increase in shipments and a corresponding demand for containers, the only difference would be whether these originate in China or from emerging markets elsewhere.

Another currently small but growing segment that could benefit from the trade tensions is Singamas’ investments in freight handling facilities in China’s southwestern region, specifically in Guangxi. Teo candidly said: “Volumes here are still not a lot, but we’re seeing more interest.” Across Singamas’ entire portfolio of China container depots and terminals the total volume handled dropped to 1.67m teu in the first half from 2.01m teu in the previous corresponding period. The group does not break down volumes by individual facilities.

While raw figures were not disclosed, Teo said for example, as a result of the devastating flooding in southern Laos after a recent dam collapse significant volumes were shifted from traditional overland routes into southwestern China to seaborne transportation via Guangxi. This is set to increase in future as China pushes its Southern Trade Corridor, one of the key routes of the Belt and Road Initiative, which could be boosted as China’s trade patterns shift more to intra-Asia volumes with Southeast Asia in particular.