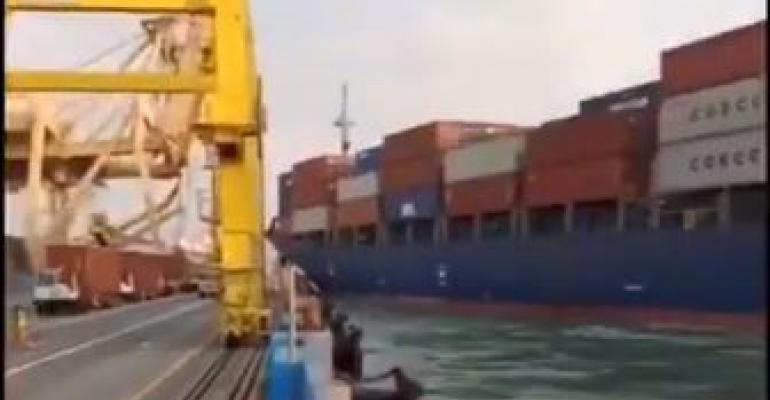 Containership Soul of Luck ran out of luck on Sunday when it collided with the berth at the port of Semarang demolishing a quay crane.

The Panama-flag, 1997-built containership collided with the dock while berthing at Semarang Container Terminal, Port of Tanjung Emas on Sunday hitting a shoreside quay crane which was sent crashing to the ground.

There were no fatalities or serious injuries, with only one person suffering minor injuries, local press quoted Ahmad Wahid, Head of Tanjung Emas, as saying.

The cause of the incident is not known according to local reports and also involved tugboats KT Jayanegara 304 tugboat, KT Jayanegara 201 run by port operator Pelindo 3.

The containership had sailed from Port Klang in Malaysia and is managed by Victoria Oceanway in Greece according to Equasis.