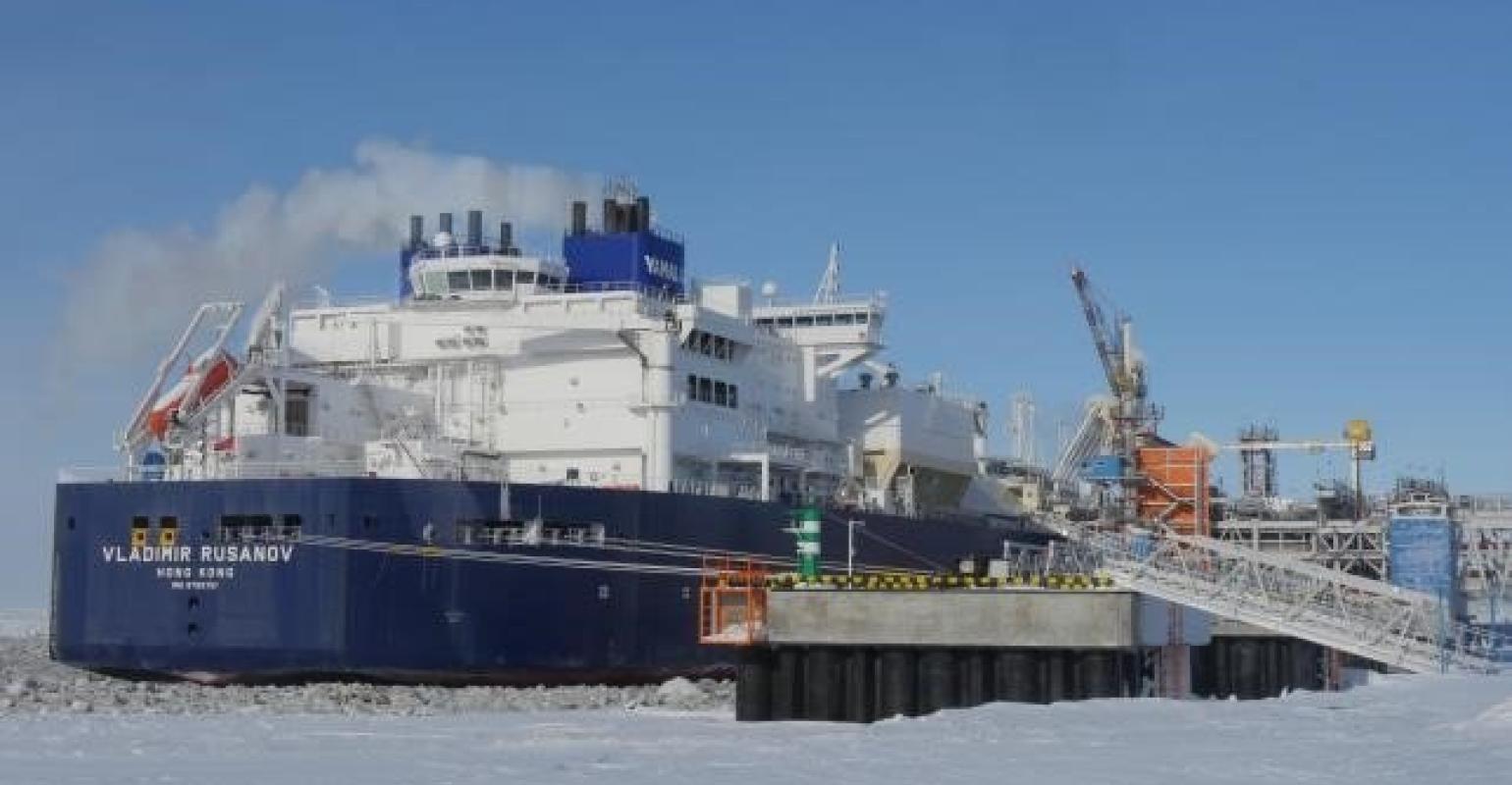 The ARC7 class ice-breaking LNG carrier was delivered by the South Korean shipyard in December last year and sailed to the Arctic via the Suez Canal where it undertook three weeks of ice trials a short video of which can be viewed below.

The Vladimir Rusanov is 50-50 owned by MOL and China Cosco, and managed by the Japanese owner. Two further vessels are under construction at DSME and due for delivery at the end of September 2018 and September 2019.

The ice-breaking LNG carriers are designed to operate in the Arctic all year round sailing to Asia via the Suez Canal in the winter, and via the shorter Northern Sea Route (NSR) in summer.

“MOL continues to take a proactive stance towards new Arctic LNG projects in light of the easier access to the Arctic where there is a huge potential for natural gas and other energy resources exploitation,” the Japanese shipowner said.