HomeMaritime NewsRegionsAsiaWhat do pharmaceuticals have to do with a solution for hull fouling?
Recent
Geographies
Recent News
Hellas Maritime 2022
May 27, 2022
P&I club members agree merger to create NorthStandard
May 27, 2022
Yang Ming and Wan Hai joining Silk Alliance
May 27, 2022
Take a second look at contracts in shifting markets
May 27, 2022
Trending Now
Seafarer shortage – rising wages and fake CVs
May 25, 2022
MSC to operate future 2.5m teu Panama box terminal
May 20, 2022
Ningbo-Zhoushan hits record container volume amid Shanghai lockdown
May 09, 2022
Iran oil exports to China on the rise, West ‘distracted’ by Russia-Ukraine
May 16, 2022

What do pharmaceuticals have to do with a solution for hull fouling? 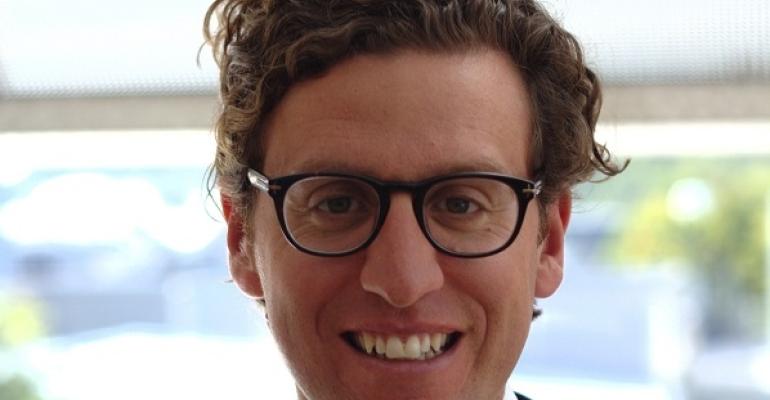 I-Tech ceo Philip Chaabane
From environmental regulations to saving fuel there are many reasons why reducing the level of fouling a ship’s hull is something that owners and manager seek to do.

There are a number of anti-fouling solutions in the market, but Selektope, developed I-Tech, is unusual for drawing its product from the pharmaceutical industry. Selektope is an additive to coatings, which was launched onto the market in 2015, and is also known as medetomidine, which is a synthetic drug used as both a surgical anesthetic and analgesic.

While only launched onto the market in 2015, Selektope took some 17 years to develop as anti-fouling solution applied in marine coatings, as I-Tech ceo Philip Chaabane, explained to Seatrade Maritime News recently at Sea Japan 2018.

Chaabane explains that in the late 1990’s a group of researchers in Gothenburg, Sweden were running a programme to find ways to reducing anti-fouling on ship’s hulls and identified barnacles as the “public enemy number one” due to the huge amount of drag they caused. In researching the physiology of the barnacle they discovered that medetomidine has a temporary repellent effect, which when applied as part of a ship’s coating greatly reduces the growth of barnacles on the hull.

Only a very small quantity of the molecule is required – just a few grammes to litres of paint, and Chaabane estimates that a large vessel would require 10 – 15 kilos versus tonnes of paint.

Fast forwarding through many more years of research and regulatory approvals and the solution was brought to market as an addictive to coatings by Chogoku Marine Paints (CMP) in 2015, with Hempel launching a coating last year.

According to Chaabane with coatings containing Selektope now have been on some vessels for two years or more, it has proved particularly effective in reducing fouling in static performance particularly in areas with warmer waters seen areas such as Asia. In terms of the driving forces for demand Chaabane cites environmental regulations to stop the transfer of invasive species on a ship’s hull, higher sea water temperatures that increase fouling pressure, and changes in trading patterns that have seen more ships lying idle due to economic conditions or stuck in congestion at ports in developing countries. A likely wide scale switch to burning either low sulphur fuel or marine gas oil to meet the 2020 sulphur cap, both significantly more costly than heavy fuel oil, will also increase pressure on managers and owners to ensure hull efficiency to reduce fuel consumption.

Read more on the bio-threat: Bulker DL Marigold expelled from New Zealand over bio-threat from hull

Foul play – DL Marigold and the perils of a dirty bottom

An owner or manager cannot buy Skeletope directly rather they buy a coating that contains it and Chaabane is hopeful more paint companies will use it in the future. “It’s not enough today to slap some red paint on because its red and it that will survive for three months, it has to be a much more sophisticated approach.”

While the quantities of Selektope used are very low compared to the volume of paint required for a ship’s hull I-Tech is using it far larger quantities than the pharmaceutical sector and is scaling up to meet industrial level demands.

“Recently we have spent a lot of energy to try and set up the supply chain and optimise it to meet customer demand and also prepare for growth and the next stage of industrial uptake. Remember the molecule is very unique so inventions are made in the production cycle just to produce it at reasonable levels.

“The price point normally is completely different. We have developed methods to produce it in tonne scales rather than kilo scales. We have ways to handle the cost matter in a really efficient way,” he explains.