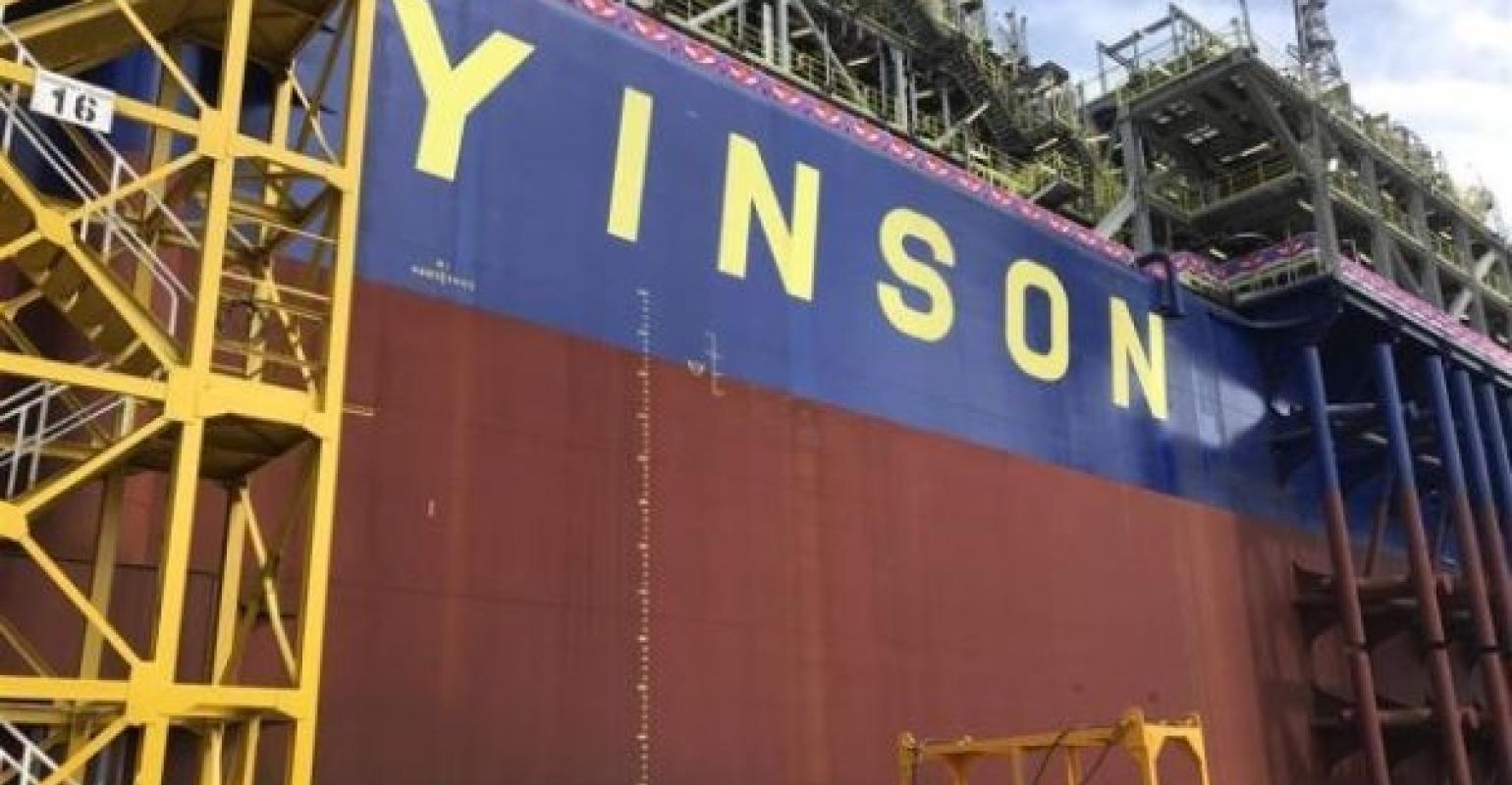 Malaysia’s Yinson has announced that it will take a controlling stake in Singapore’s Ezion Holdings via a proposed deal that includes shares subscription and debt conversion.

Yinson Eden, wholly-owned by FPSO operator Yinson, is in “advanced stage of discussions” with certain lenders of Ezion to acquire up to $916m of its existing loans.

“Tentatively, Yinson expects its cash outlay shall be in the region of $200m and some Ezion shares that will give Yinson Eden a shareholding of not less than 70% in Ezion at the point of completion of the proposed debt conversion and subscription,” Kuala Lumpur-listed Yinson stated.

“In any event, assuming all convertible securities of Ezion are converted, Yinson expects its eventual shareholding in Ezion shall be a controlling stake of at least 51%,” it added.

The relevant debts equivalent to up to $916m will be capitalised and converted to Ezion shares at an issue price of SGD0.055 ($0.040) each.

Yinson Eden has also entered into a conditional option agreement for the grant of approximately 3.36bn unlisted and freely transferable share options in Ezion, each carrying the right to subscribe for one new ordinary share at an exercise price of SGD0.0605, or a total of SGD203.3m.

Singapore-listed Ezion, which owns and charters offshore assets, has net liabilities of $254.8m and is in a net loss position of $344.3m for the financial year ended 31 December 2018.

Ezion has a total of 64 offshore assets comprising 12 liftboats, 17 rigs, five OSVs and 30 tugs and barges.

“The proposed acquisition of Ezion is a complementary acquisition,” Yinson said.

“Post-acquisition, Yinson would be able to increase its range of vessels offering as well as venturing into the liftboat segment. With customers of both Yinson and Ezion from the oil and gas industry, Yinson believes that synergies and cross selling opportunities could be achieved with the enlarged entity,” it said.

Yinson noted reports that the offshore oil and gas production is projected to increase going forward. Recent rig utilisation had improved as a result of consolidation, rig retirements and increased production activities. However, conditions are still challenging with rates in general remaining low and the significant oversupply of OSVs could continue to plague the sector.

“Nevertheless, Yinson believes that Ezion, post restructuring, as one of the largest liftboat operators in Asia, is well positioned to compete for chartering business for the offshore oil and gas industry in the Asian region,” Yinson said.