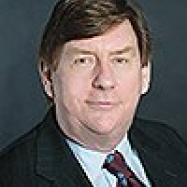 Bob Jaques is the editor of Seatrade Maritime Review with over 20 years' experience as a maritime journalist and moderator of shipping conferences.

Before that he was based in Geneva and wrote for a number of international business and consumer titles, in the fields of aerospace, media and travel.

Governments pledge action for seafarers at international crew change summit
Jul 10, 2020
The governments of 12 countries issued a joint statement pledging their commitment to help solve the current seafarer ‘crisis’ at an International Maritime Virtual Summit on Crew Changes hosted by the UK yesterday...

Call for centralised statistics on suicides at sea
Jul 07, 2020
To mark the start of its annual Seafarers’ Awareness Week, charity Seafarers UK has called for creation of a unified database on seafarer suicides, a tragic problem that it believes has worsened under current crew...

Inchcape stays focused on core ship agency business
Jul 01, 2020
In his two years since moving up to become ceo of Inchcape Shipping Services, Frank Olsen has worked to sharpen the company’s focus on the traditional business and values of ship agency.
Load More