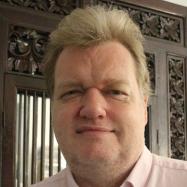 Offshore leads the way in Asia powered recovery: DNB
Aug 30, 2013
DNB’s new head for Asia Vidar Andersen says they are seeing “signs of recovery ” in areas such as offshore, and it is being driven by the Asian region.

Nigeria pushes to export crude on domestic owned vessels
Aug 26, 2013
Nigeria has made its first concrete steps to ship the country’s crude oil exports in domestically owned vessels with the naming of two tankers.

Shipowners concerned over possible MLC detentions
Aug 21, 2013
Inconsistency of Maritime Labour Convention (MLC) inspections and potential unnecessary detentions are a concern for shipowners as the code comes into force in the first 30 countries to ratify it.
Load More