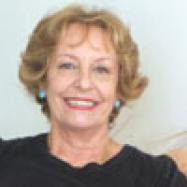 Nicaragua Canal set to launch construction tenders in September
Feb 16, 2015
Progress on the controversial Nicaraguan canal continues and tenders are set to be launched in September for major infrastructure such as ports and design of the locks.

What happens when the wreck removal convention comes into force?
Feb 05, 2015
Some eight years after its adoption The Nairobi Wreck Removal Convention [WRC] will come into force on 14 April this year, the latest piece in the ever growing regulatory jigsaw faced by the shipping industry.

Boskalis and Van Oord to build artificial island off Jakarta, Indonesia
Jan 30, 2015
Royal Boskalis Westminster (Boskalis) and joint venture partner Van Oord have been awarded a contract by PT Muara Wisesa Samudra to design and construct the artificial island for the dredging and land development...

CSAV auctions $25.3m in shares and announces second pre-emptive right period
Jan 26, 2015
Compañía Sudamericana de Vapores (CSAV) has raised $25.3m through the auction on the Santiago stock exchange of 742,153,548 shares as part of its ongoing capital increase of $400m, CSAV said in statement.

Dispute Board says Panama Canal has to pay $234m to GUPC consortium
Jan 02, 2015
Nearly a year on from a work stoppage by Panama Canal expansion contractor consortium Grupo Unidos por el Canal (GUPC) in relation to cost overruns a dispute board has ruled they are owed $234m.

Vinalines to begin privatisation in Q1 2015
Dec 23, 2014
Vietnam Shipping Lines Corporation (Vinalines) has completed the process of value assessment to that it can carry out privatisation in the first quarter of next year, according to Vietnamese media.
Load More