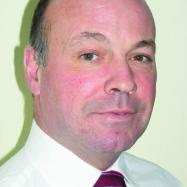 Paul Bartlett is a maritime consultant and editor of Seatrade's annual Green Guide and twice-yearly Middle East Workboat and Offshore marine publications, as well as being a former editor of Seatrade Maritime Review. Paul's vast experience of the maritime industry spans three decades and all the continents, and has included spells working in specialised ship finance companies.

Deal to lift Ukraine grain blockade could be signed today
Jul 22, 2022
News reports over recent hours indicate that up to 22 million tonnes of stranded grain could start to be released today if a deal to lift Russia’s blockade of Ukraine’s Black Sea ports is signed in Istanbul.

Mixed signals for dry bulk amid turbulent geopolitics
Jul 22, 2022
Keeping the lights on has become a top priority for many countries as the impact of Russia’s invasion of Ukraine extends across the global energy market and the world economy.

Stark warning on European energy crunch
Jul 19, 2022
Oslo-based analyst, Rystad Energy, has warned that energy turmoil, caused largely by Russia’s invasion of Ukraine and sanctions that followed, may cause ‘vast demand destruction across industries and consumers’ in...

Norway’s Government steps in to prevent further gas shortages in Europe
Jul 06, 2022
A strike yesterday led by Norway’s Lederne union, the smallest of three oil workers’ unions, was resolved thanks to rapid intervention by the Norwegian Government.

Clarkson – ‘exceptional half year’
Jul 05, 2022
The ClarkSea cross-segment index came within 1% of its all-time record during the first six months of the year.