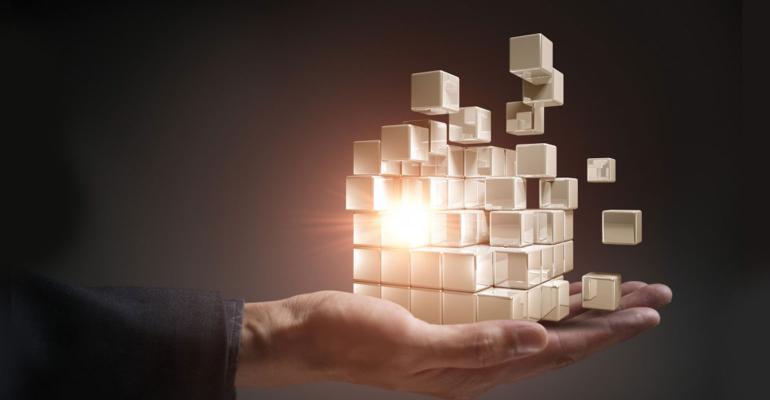 Innovators from BiTA, IBM, and Fort NFT Protocol discuss the application of blockchain in shipping and its future.

The world is becoming paperless. Not only is it better for our forests and trees, but it’s also driven by the convenience of mobile everything! Personal FinTech platforms and applications are quickly adopted, making cash irrelevant in the world of millennials and younger generations.

But is shipping ready for that world and say goodbye to paper and other physical objects to welcome digital money, assets, and contracts on a blockchain?

If there is one thing shipping can agree on is that everyone is expected to handle a lot – maybe too much – paperwork. Some of it are regulatory necessities, too, like bills of lading and the seafarers’ book. Today, we have already seen some of these digitised using blockchain, so one might argue that shipping might go paperless very soon, but it is more likely that the adoption of new technologies will be gradual.

“Ease of onboarding to a platform is something that those who are creating that platform must take into consideration”, Todd Scott, VP of Global Trade – Blockchain at IBM, told us at Global Liner Shipping & Shipping2030 Asia. “It has to be that easy. If it’s not easy and if there was a huge investment that has been made in order to either publish or subscribe onto the platform, it’s less likely that people are going to do it, and therefore you won’t get the adoption that you want.”

While this year scepticism towards blockchain has increased, so have the number of case studies and creative solutions based on this technology.

Drawing on blockchain’s ability to trace and time stamp information that has been input, asset management might be one of the biggest pros of advancing this technology.

“I think that the benefits could sit with carriers. I think they really have a good opportunity here, especially with non-fungible tokens to add this premium service and have customers pay for this. From some models that we have been running right now, we’ve seen in certain cases where people can at the end of the bottom line see 10-20% increase in revenue”, Matthew Arnett, CEO of P08 & Fort NFT Protocol said.

Cointelegraph explains: “Non-fungible tokens allow you to detail more of the attributes that make them special – far beyond the name, balance, token supply and symbol. This is because you can include rich metadata about an asset and include information about ownership – and these authenticated details can ultimately add value because investors can be confident about its provenance.”

Arnett illustrates his point: “You have this data, and let’s say you’re running on TradeLens. Then all that data is there; you have a lot of other developers that can come now and build different solutions. Let’s say that we’re producing non-fungible tokens, so basically, I’d be producing smart contracts on TradeLens for this non-fungible.

“So, I’d still be running on top of IBM’s blockchain as a protocol, but now, I can have any range of versatility with that non-fungible token. I could say that I want this to carry on to when it reaches the end user. Let’s say that it’s a yacht. A yacht is very expensive; its shipping is, let’s say, $150,000 – 200,000. People want to know where that yacht is, the condition, the insurance, so actually, there is a built-in insurance layer in the non-fungible tokens. All of this is very clear. Let’s say that 3 years from now, the yacht-owner wants to sell this yacht.

“He can then take that non-fungible token because it has all of the provenance there – everything that he needs. He puts it on a platform or marketplace, and then he can sell that easily. So, someone would buy that non-fungible token from him, and subsequently, they’d own the yacht. That’s where the world is going. I think this is why it’s exciting, and you have to embrace it now, and then see how you could make it work for yourself.”

However, the challenges to the development of blockchain go back to the long and complex supply chain, which involves various parties, including governments.

“Customs have been around for thousands of years. They don’t really have any incentive on changing what they are doing; they just sit at a table and take a little cut, right? Whether you are going into a city, or you are going into port that’s always been [the case]”, Soeren Duvier, Managing Director – Asia at the Blockchain in Transport Alliance, told us. “So to entice them to do something different, I think it’s important that the industry comes up with some things that the industry says it works for them, then get the regulators on board, and then the customs will also get on board.”

We have already seen successful trials of electronic bills of lading this year, so why not charterparties?

“There are a lot of very smart people from all over the world working on it”, Duvier reported. “There are a lot of different takes on it. It depends on the market situation – supply and demand. So sometimes shipowners dictate, sometimes the charterers dictate. The charterparty is standard, but some people will write clauses, so it’s very personal. It’s very private.”

Scott supports the adoption of technology and encourage smart contracts by having “structured and unstructured documents available”.

“If we decided you had to do it one way and throw away all your old processes, that’s a wall that’s too high for most people to jump”, Scott explained.

The future: will blockchain be obsolete?

The biggest obstacles to the development of blockchain seem to concern regulations. In general, the adoption of digital technologies is hindered in shipping because of the potential that they may not be compliant. But by the time regulations and governments accept innovations and technological solutions, will the current technologies still have a place in that future?

According to Scott, they do:

“Let’s think about technology platforms. There are all kinds of different platforms – I’ll name a really old one: Systems 360, Systems 370, etc. Those platforms still exist. They haven’t gone anywhere; they just have a different value of proposition that they bring to the table. I suppose that blockchain will be superseded by something else, but it doesn’t mean that blockchain disappears. It just means that its role will be different. That’s the fascinating thing about platforms.”