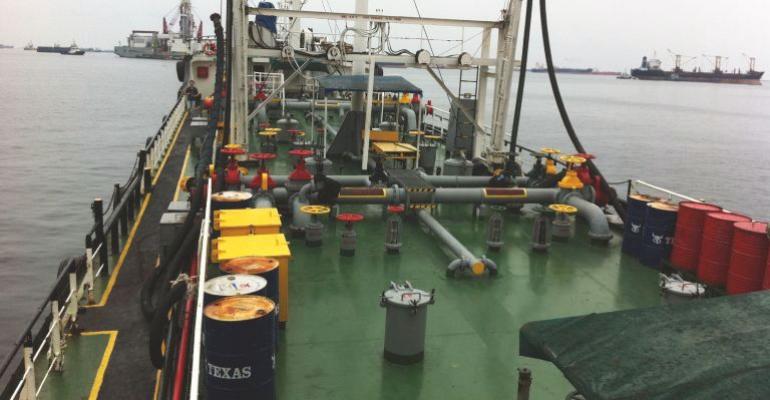 A Sentek bunker tanker
The founder and managing director of Singapore’s homegrown bunker supplier Sentek Marine & Trading has been charged for his alleged involvement in bunker oil theft, it was reported.

Last Thursday, Pai Keng Pheng was charged with abetting the offence of dishonestly receiving stolen property, according to the charge sheet seen by Singapore’s Business Times.

The charge sheet stated that about 2,916 tonnes of marine gas oil (MGO) worth nearly $1.4m had been transferred from Shell’s Pulau Bukom refinery in Singapore to bunker tanker Sentek 22 in March 2017.

The charge against Pai on this case is not the first. In 2018, individuals from Sentek, Shell and others have been charged for their roles in the theft, first uncovered in 2017.

According to Reuters, a total of approximately $150m of oil was stolen over several years from the refinery, situated on one of Singapore’s southern islands.

The charge sheet stated that Pai was aware that the MGO was stolen goods and that the transfer was made as a result of his abetment.

The Singapore subsidiary of Royal Dutch Shell first contacted the local authorities in August 2017 on suspected theft at Pulau Bukom.

Sentek is one of the major bunker suppliers in Singapore port, having ranked number two in 2019 and number three in 2018 by bunker sales volume.