Global bunker market flipped on its head by Ukraine war 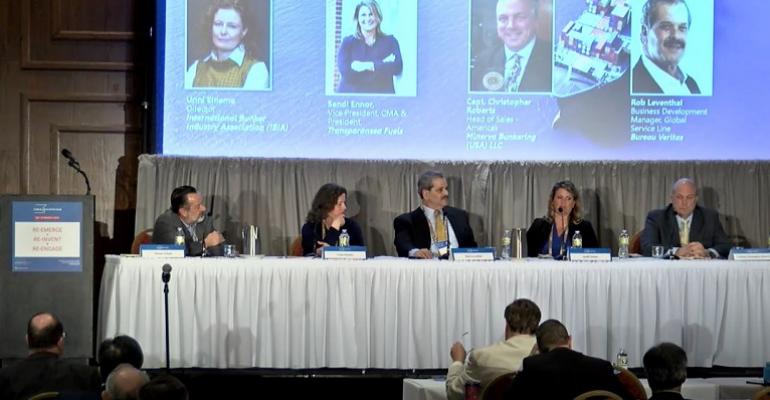 The invasion of Ukraine has turned bunker markets on their head as sanctions hit Russian oil exports.

He believes this could see an end to Dutch dominance in the bunkering market as long sanctions remain against Russia. Tolson also noted an increase in prices in Malta, while Panama saw weakness in demand in February after a long a period of increasing demand.

The changes in prices in different ports will impact demand. “In the next few months you'll see Rotterdam's demand dropping, I'm pretty certain and you'll see [demand in] other areas in the world increasing,” Tolson forecast.

Related: Ukraine, maritime contracts, and when war is not a war

Higher prices have also seen an increase in demand for high sulphur fuel oil (HFO) as the price spread has grown with VLSFO meaning that its more economical for scrubber fitted vessels to operate on HFO.

Unni Einemo, Director for the International Bunker Industry Association (IBIA), said that following the Covid-19 pandemic the Russian invasion of Ukraine had brought with it a whole new set of problems causing prices to spike to new records. “It has a massive impact on the on the supply industry in terms of counterparty risk financing, bunkering, and in the longer term again its putting pressure on the global economy,” she said.

“Also, in the bunker industry and Russian all products find their way to almost every corner of the globe. So, it's a pretty big deal when we're trying to eliminate our dependence on Russian oil and oil products.”

However, Einemo also sees an opportunity in terms of the energy transition and decarbonisation as the world realises it doesn’t want to be dependent on Russian oil and fossil fuels.

Looking from a supplier side perspective Capt. Christopher Roberts, Head of Sales – Americas for Minerva Bunkering, highlighted the issue of not having access to Russian M100 cargoes in the current market. He said that you needed to “turn over every rock” to find compatible oils and stressed the importance of using good inspectors.

“So if you’re smart, you keep your supply low….as soon as you get something you try to sell it. But right now it's very difficult to find a good a good product because of the ban on the on the Russian cargoes,” Roberts stated.

The issue of transparency and credit availability in the current high price environment was highlighted by Sandi Ennor, Vice President/President, CMA/Transparansea Fuels. “If there were more entities and counterparties out there willing to just be honest about their credit limits who they have credit with who they are over their limit with instead of going out and double trading things and putting the end customer at double risk. I think this would be a much better industry,” Ennor said.

“I feel like we've already learned those lessons, but it's definitely becoming more and more of an issue right now.”