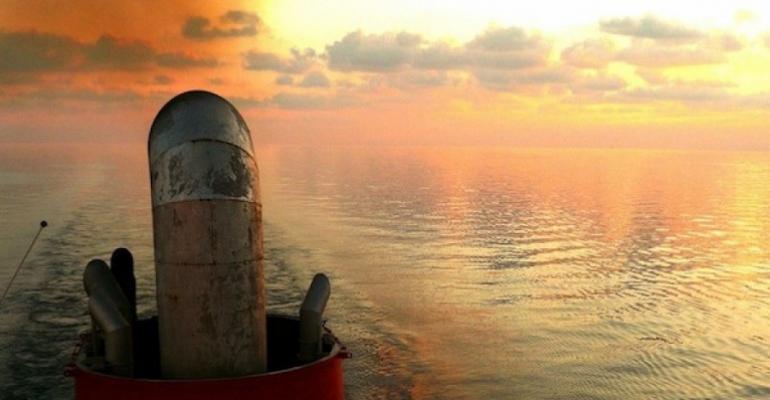 Similar increases in the share of HSFO sales were seen in Fujairah and Panama, said Bimco.

“After the quick adjustment to the global sulphur cap, the decline in HSFO’s share of total bunker sales has stopped. Although its share is much lower than any time prior to Q4 2019, the steady rise in scrubber-fitted ships has supported demand for HSFO and will remain until new solutions and future fuels are widely introduced on the industry’s path to decarbonisation,” said Bimco Chief Shipping Analyst, Peter Sand.

The IMO’s global sulphur cap has been in force since 2020. Under the rules, the exhaust gases of ships burning HSFO are too high in sulphur oxides; the technologies the industry has adopted to remove those emissions are known as scrubber systems.

The number of ships with scrubbers installed rose from 2,010 in January 2020 to 4,006 in April 2021, driving demand for HSFO. The rate of scrubber-installed newbuilds entering the market and scrubber retrofits has slowed from a January 2020 peak, said Bimco. Newbuilds entering the market with scrubbers pre-installed have overtaken retrofits as the driver of scrubber fleet expansion, a reversal of the trend seen in January 2020, it added.

Scrubbers are a costly investment for a ship, but the price at which various fuels have stabilised means they are an attractive investment, according to Bimco. Scrubbers enable ships to burn cheaper HSFO and remove the sulphur emissions rather than burning more expensive very low sulphur fuel oils to meet emissions regulations. The price difference between HSFO and VLSFO averaged around $100 per tonne in 2020.

“Low demand for certain oil products as a result of mobility restrictions has helped lower the price of LSFO. However, as demand for products such as jet fuel starts to recover, the HSFO-LSFO spread may well increase, solidifying the economic case for scrubbers,” said Sand. Despite the economics, Sand does not expect another rush to the yards for scrubber retrofits as “the majority of owners who wanted to retrofit their ships have now done so.” 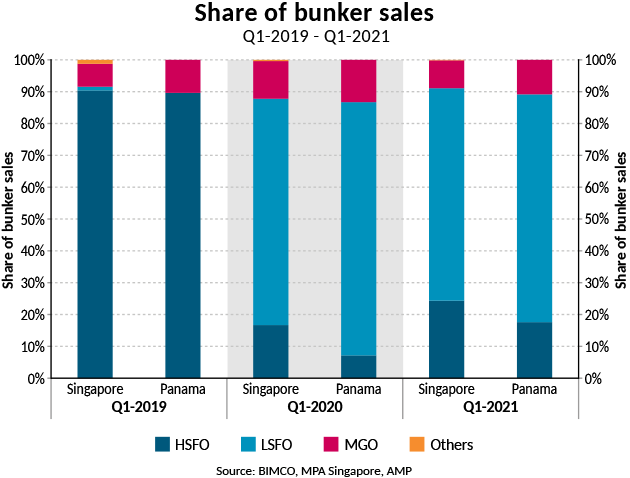