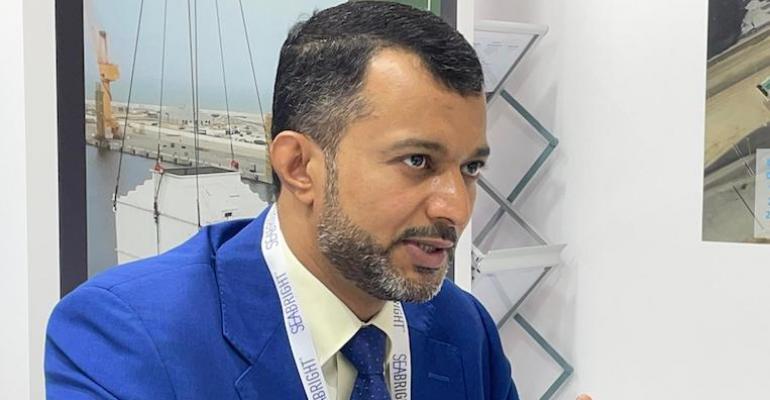 Oman’s Asyad Dry Dock has seen a growing number of customers retrofitting scrubbers, including for Asyad’s own shipping fleet, as high bunker prices have made the economics of exhaust gas cleaning systems favourable again.

Speaking to Seatrade Maritime News at Posidonia 2022 last week Dr. Irbahim Al Nadhairi, Chief Executive Officer, Shipping & Drydock said, “We see that there is an increase in the number of shipowners that have started to order scrubbers.”

He explained that while originally scrubbers had been seen as a short-term solution to the IMO 2020 that would be over by 2024 this had changed with current fuel economics.

Asyad Shipping (formerly Oman Shipping Company) has fitted scrubbers to 19 of its vessels and seen considerable operating cost savings. With a price spread of $430 per tonne between High Sulphur Fuel (HFO) and Very Low Sulphur Fuel Oil (VLSFO) a ship that burns 65 tonnes of fuel a day will save $27,950 per day on fuel if it is fitted with a scrubber.

“Our return of in investment on scrubbers was paid off within 18 months. That’s now why shipowners are now fitting scrubbers again and we’ve seen more requests coming across,” Dr. Ibrahim said.

Asyad Dry Dock is a preferred shipyard for scrubber manufacturer Clean Marine and has fitted 24 of its systems with orders for a further six systems.

Asyad’s yard in Duqm has two 600,000 dwt drydocks and it is adding a panamax capacity floating dock by Q4 this year increasing its annual ship repair capacity to around 240 ships from 200 at present.