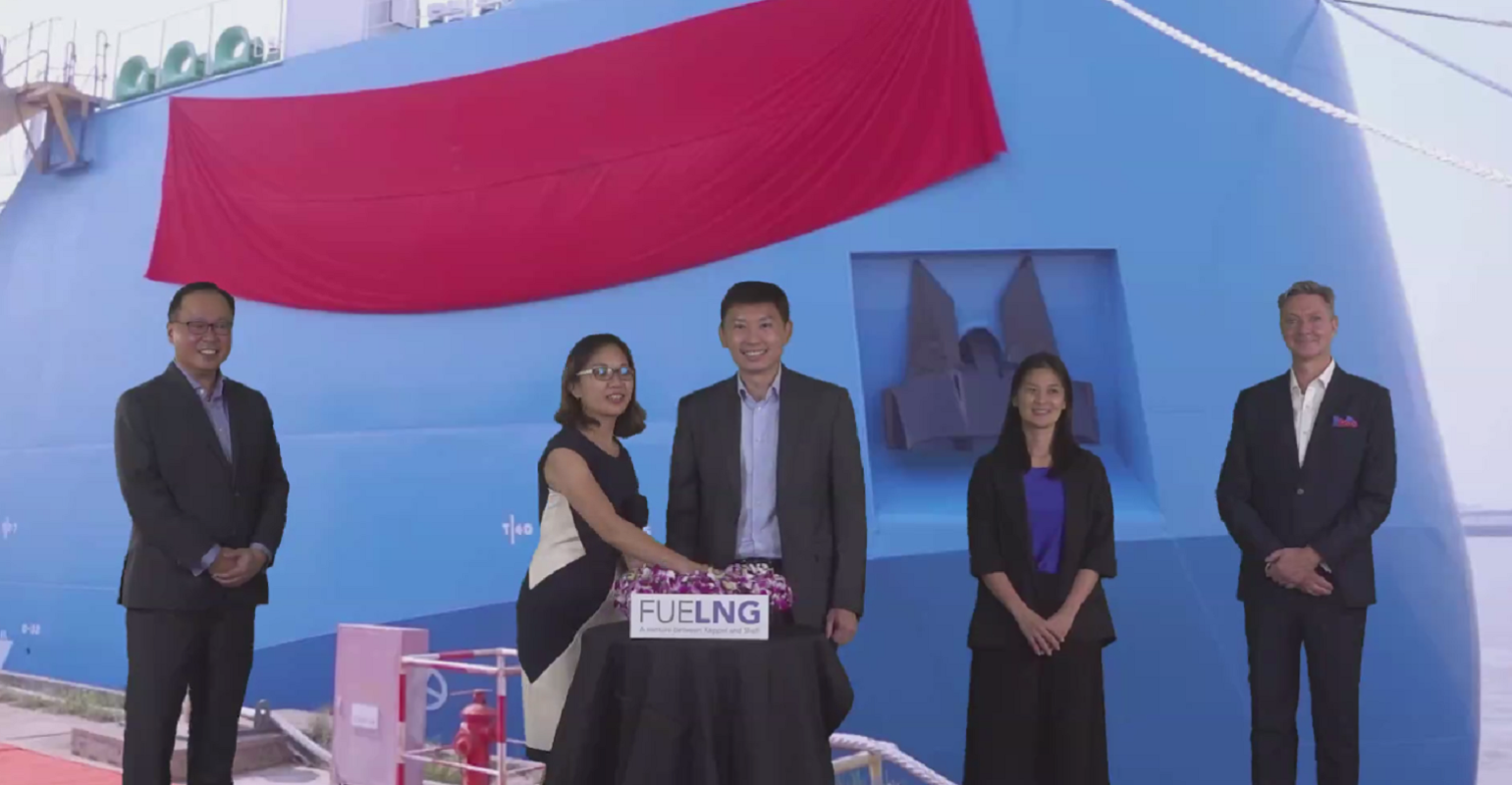 FueLNG has virtually named Singapore’s first LNG bunker tanker which will initially provide fuel for vessels from Shell and Hapag-Lloyd.