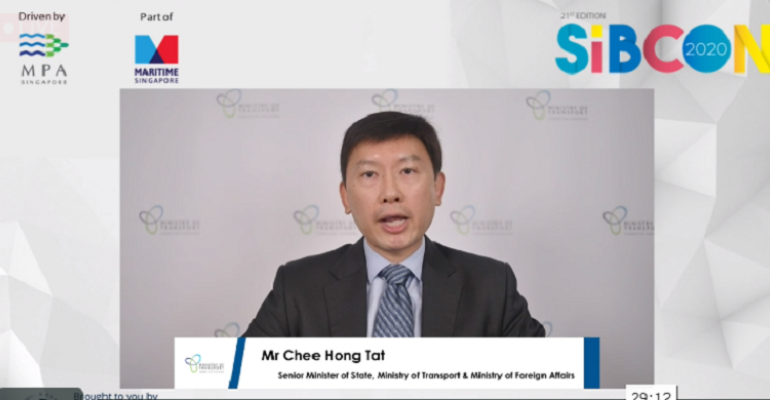 Singapore is to seek proposals for more LNG bunkering licenses as the world’s top refuelling port looks to grow this area of business.

Last week saw the naming of Singapore’s first LNG bunker tanker for FueLNG, one of two existing license holders for LNG bunkering in the port, and will have up to 1m tonnes of LNG bunkering capacity by 2021, according to Chee Hong Tat, Singapore’s Senior Minister of State, Ministry of Transport and Ministry of Foreign Affairs

“MPA (Maritime & Port Authority of Singapore) will be launching the Request for Proposal in the coming weeks to issue additional LNG bunker supplier licences to support the growing demand for LNG bunkers,” Chee told the opening of the virtual Singapore International Bunkering Conference (Sibcon) on Tuesday.

He said that the number of licenses issued would depend on commercial demand.

“As the maritime community continues the search for low or zero-carbon fuels to meet IMO’s 2050 goals, LNG is a viable transitional fuel to mitigate CO2 emissions from ships. A number of first movers have made investments in LNG-fuelled vessels, including CMA CGM, Hapag Lloyd, Eastern Pacific Shipping and BHP,” the Minister said.

Despite the COVID-19 pandemic from January to August this bunker sales volume in Singapore grew 5.3% to 32.9m tonnes, compared to the same period in 2019.