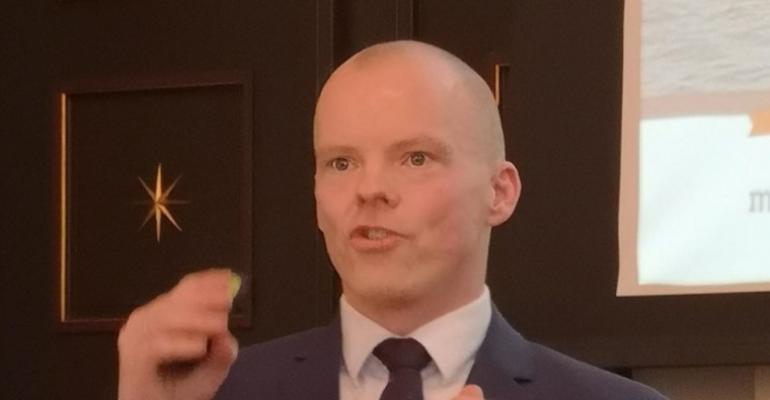 While the economics of scrubbers have proved to be extremely healthy in the first month of IMO 2020 the price and supply picture for heavy fuel oil (HFO) could become more uncertain over time according to leading bunker supplier Monjasa.

Danish bunker supplier, Monjasa, supplied more than 310,000 tonnes of marine fuel in January, up by about a third on corresponding figures for the same month last year, according to group coo, Svend Stenberg Mølholt.

Speaking to journalists, he revealed that demand for conventional HFO had fallen by 87% this year compared with last, while supplies of marine gas oil increased by 118%. The company’s supply of very low sulphur fuel oil (VLSFO) and marine gas oil made up 93% of the January total, he said.

He also noted that bunker stems were significantly larger this January compared with last year. This, he said, was a result of many ship operators using HFO up until as close as possible to the end of the year before filling up with large stems of VLSFO just as the fuel regulations were about to kick in.

Mølholt predicts that VLSFO prices will ease back from their January levels at key bunkering hubs by about $100 a tonne during the second quarter of the year when a relatively steadier differential between HFO and low sulphur fuels is also likely to be established.

However, outside of the main marine fuel hubs, he said that HFO prices might actually rise because of the inconvenience of supplying low volumes of HFO to these secondary bunker ports. This is likely to have an impact on the owners of scrubber-fitted vessels which operate in tramp trades where it may not have been possible to arrange future fuel supply contracts in advance at fixed prices.

Last Friday, indicative bunker prices in key locations for very low sulphur fuel oil were $535 in Singapore, $524 in Fujairah and $488 in Houston, according to figures from Ship & Bunker. Meanwhile, HFO prices in the three locations were $322, $297 and $354 respectively.