Antwerp crane collapses after being hit by APL container vessel 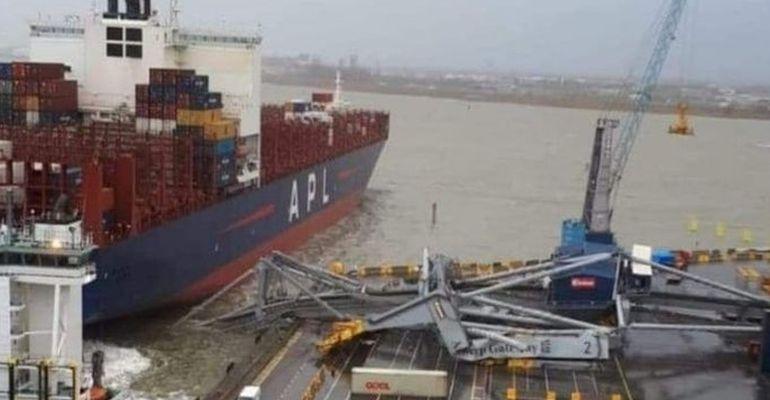 A harbour crane Antwerp port collapsed in the afternoon of Monday after being hit by container vessel APL Mexico City.

The 2014-built, 9,326-teu APL Mexico City was reported drifted as her mooring broke due to strong wing, sending her crashing onto the crane at DP World terminal.

The crane was not manned at the time of the accident and no injuries were reported.

Local reports said tugboats had tried in vain to stop the container vessel and the crew were also unable to control the boxship in time.