Asleep at the wheel? Barge hits houses and private piers 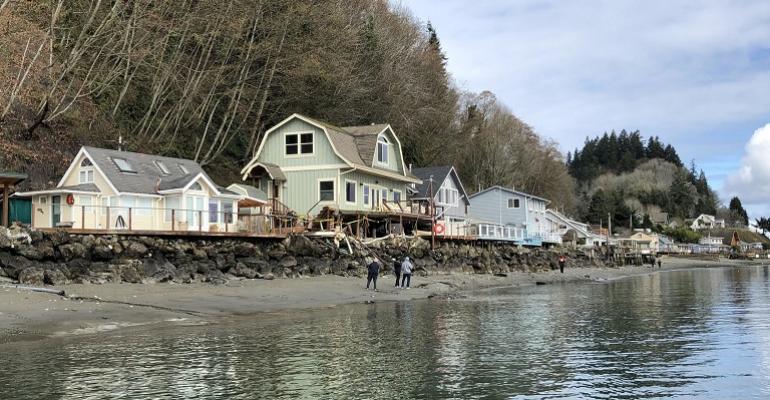 A barge collided with houses and private houses in the Gig Harbor, near Tacoma, after it’s believed the Master of the towing vessel fell asleep at the wheel.

“Initial findings indicate that the master of the towing vessel fell asleep while navigating the vessel,” USCG said in a statement.

The barge was empty at the time of the incident, but estimates of damage have been put in excess of $250,000. The barge was pulled free by the tug, both of which have returned to Seattle for investigation and inspection.

“Incidents such as this are very concerning,” said USCG Cmdr. Nathan Menefee, Chief of Prevention at Sector Puget Sound. “Fortunately, nobody was injured, and the towing vessel did not release fuel or oil into the water. Sector Puget Sound will investigate the incident to determine the cause and whether additional actions are necessary to prevent a similar incident in the future.”

The coast guard said the vessel operator initiated drug and alcohol testing for all personnel directly involved in the incident.