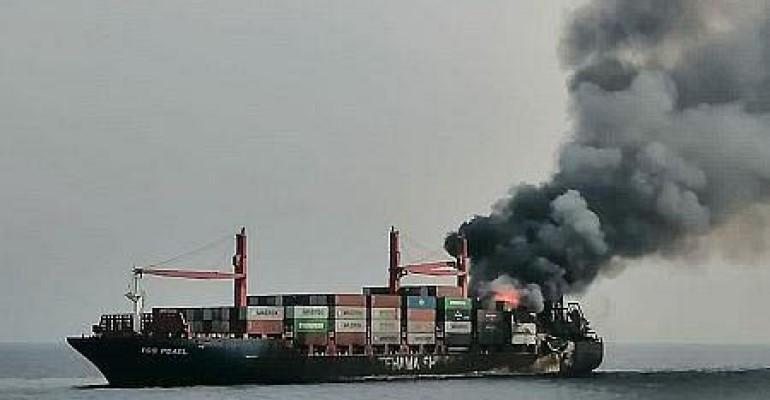 Container ship TSS Pearl has been abandoned in the Red Sea Northwest of Jizan Port due to a fire.

Saudi Arabia’s Border Guards said it had rescued 25 sailors from the ship and evacuated them to the port of Jizan. The authorities said the crew were in good health and had been transferred to accommodation.

Related: Saudi Arabia ‘could have its own Belt and Road Initiative’

The Border Guards said its vessel worked in co-operation with a foreign ship to rescue the crew 123 miles Northwest of Jizan port after receiving a mayday call.