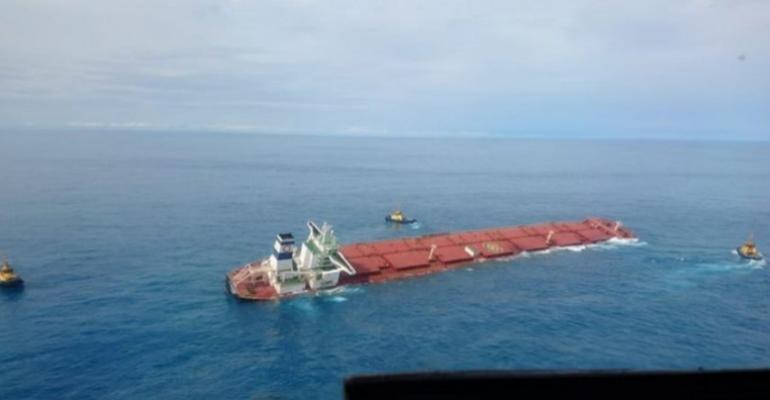 The 2016 built, 300,660 dwt VLOC Stellar Banner suffered damage to its bow after leaving port in the northern Brazilian state of Maranhao on Monday according to charterer Vale.

Vale said that the crew of 20 had been evacuated from the vessel which 100 km off the Brazilian coast.

According to reports the port authority in Maranhao said the ship is stranded with its iron ore cargo. Photos on social media showed the vessel apparently grounded with a heavy list.

The vessel owned by Polaris Shipping in South Korea was bound for the Chinese city of Qingdao with 275,000 tonnes of iron ore, according to Refinitiv data.