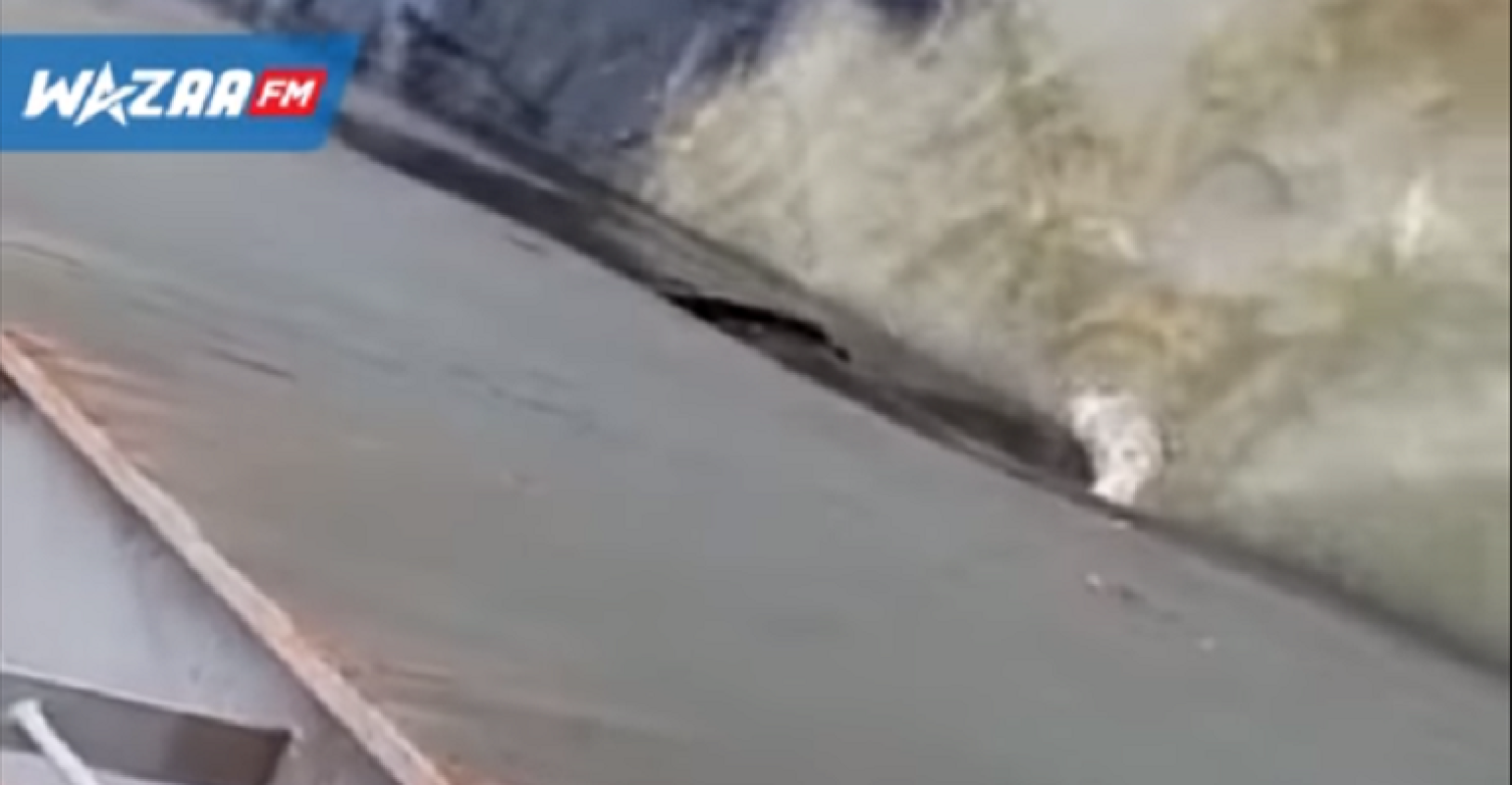 Screengrab of video taken onboard the Wakashio posted by WazaaFM
Mitsui OSK Lines (MOL) says that 1,020 tonnes of fuel oil has been pumped out from the fuel tanks of the stricken bulker Wakashio aground off Mauritius, as cracks grow in its hull.

MOL, which chartered the 2007-built capesize from Nagashiki Shipping, said that the owner confirmed the crack inside the hull of the vessel had expanded. On Monday Mauritius Prime Minister Pravind Jugnauth warned that the vessel could break in two, Reuters reported.

“Since this ship is unable to navigate by itself, it is moored to a tugboat so that it will not drift even if it is broken,” MOL said.

Related: Over 1,000 tonnes of fuel spilled from bulker Wakashio off Mauritius

The unladen bulker had 3,800 tonnes of very low sulphur fuel oil (VLSFO) and 200 tonnes of diesel oil in its fuel tanks when it ran aground on 25 July. MOL said that 1,180 tonnes of VLFSO leaked from the fuel tank with some 1,000 tonnes of this leaking outside the vessel itself. An estimated 460 tonnes has been recovered.

Salvors are racing to pump out the remaining fuel from the ship and so far have removed 1,020 tonnes of VLFSO.  About 1,600 tonnes of VLSFO and 200 tonnes of diesel oil remain onboard the vessel. The salvage operations are being led by Smit International.

“As charterer, MOL has been in constant touch with the owner since first informed of the incident on the island of Mauritius,” MOL said.

MOL said it had sent six members of staff to Mauritius for the purpose of cooperating with the authorities, collecting information, preventing the spread of oil pollution, and supporting oil spill recovery.