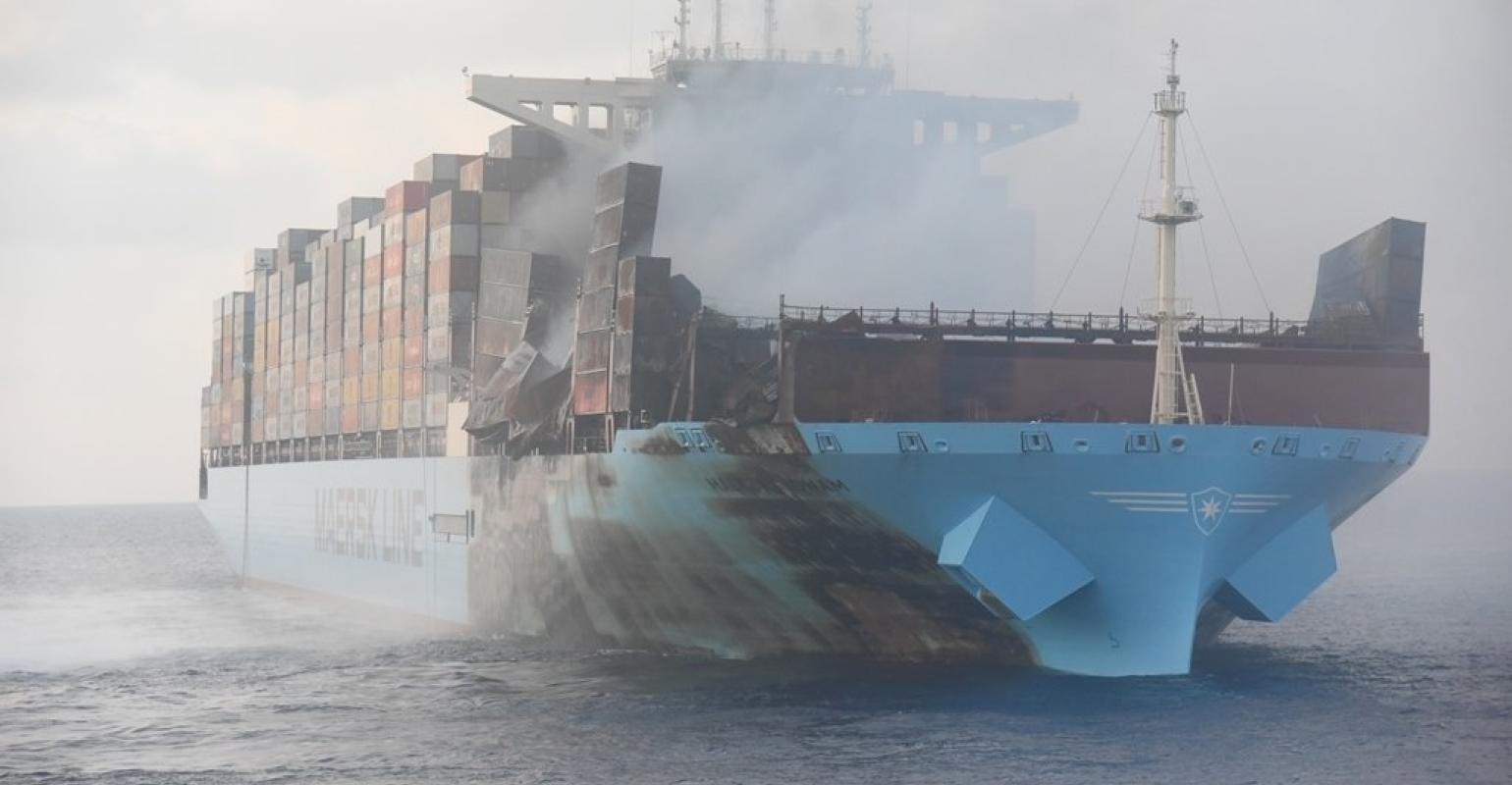 Singapore’s Transport Safety Investigation Bureau (TSIB) has uncovered a series of errors which contributed to the fatal fire on board the Singapore-flagged 15,226 teu containership, Maersk Honam, on 6 March 2018.

Five crew members on the ABS-classed vessel subsequently perished in one of the worst shipboard fires in recent decades.

The 102-page TSIB report details how a fire broke out at about 1945, local time, on board the vessel, laden with 7,560 containers as it crossed the Arabian Sea en route from Singapore to Suez. The underdeck fire in cargo hold No. 3 was tackled by the crew, first with boundary cooling and then with carbon dioxide, but the fire had taken hold. A distress signal was sent, and the crew abandoned ship at about 2215 hrs.

Attempts to extinguish the fire continued for five days. When the salvage team boarded the stricken vessel on March 10, they found that the extent of the fire through cargo hold Nos. 1,2 and 3, and the ship’s accommodation meant that vessel was unfit to proceed. The Maersk Honam’s owners arranged for the vessel to be towed to the UAE as a port of refuge.

The severity of the fire meant that the investigation team could not conclusively determine the cause of the fire, according to the TSIB report. However, it is most likely to have begun in a cargo of sodium dichloroisocyanurate dihydrate (SDID), found in dry bleaches, dishwashing compounds, cleaning products, swimming pool disinfectants and sewage treatment products.

The investigation team discovered that the secondary hazards relating to the chemical decomposition and instability of SDID has not been identified in the International Maritime Dangerous Goods (IMDG) Code. The cargo therefore fell into the Code’s Class 9 category, which covers goods that are less dangerous than those in Class 5.1, despite SDID having similar properties to cargoes in the more serious category.

The TSIB investigation found that despite the good efforts of the crew, the fire alarm was not raised at the onset of the event, thus causing delay to the closure of the magnetic doors to the accommodation spaces and the non-closure of exterior ventilation vents. This resulted in toxic smoke entering and spreading within the accommodation block.

Other likely contributory factors included the fact that the muster list did not clearly identify the roles of everyone on board, which resulted in some crew members waiting for instructions. Meanwhile, fire-fighting flow charts under the ship emergency response plan did not ensure that all ventilator flaps/dampers on board should be closed as a primary fire-fighting action, regardless of the location of the fire. The intense heat and smoke around cargo hold No. 3 had also made the ventilator flaps on the side of that hold difficult to close.

The TSIB report notes a range of actions taken by involved parties since the casualty but has more recommendations for both the flag administration and the company.

However, underlying this fatal incident is the issue of hazardous cargo and the inclination of some unscrupulous shippers not to declare or mis-declare dangerous cargo consignments. Experts point out that it is now economically and practically feasible to have a fail-safe sensor network in ships’ cargo spaces, and even incorporated into containers themselves at a relatively low cost.

The Maersk Honam was dismantled at Drydocks World Dubai and the vessel’s stern section was taken back to shipbuilding Hyundai Heavy Industries. The ship was rebuilt and is now back in service, sailing under the name Maersk Halifax.

NYK Delphinus under tow following engine room fire off US West Coast
May 17, 2021