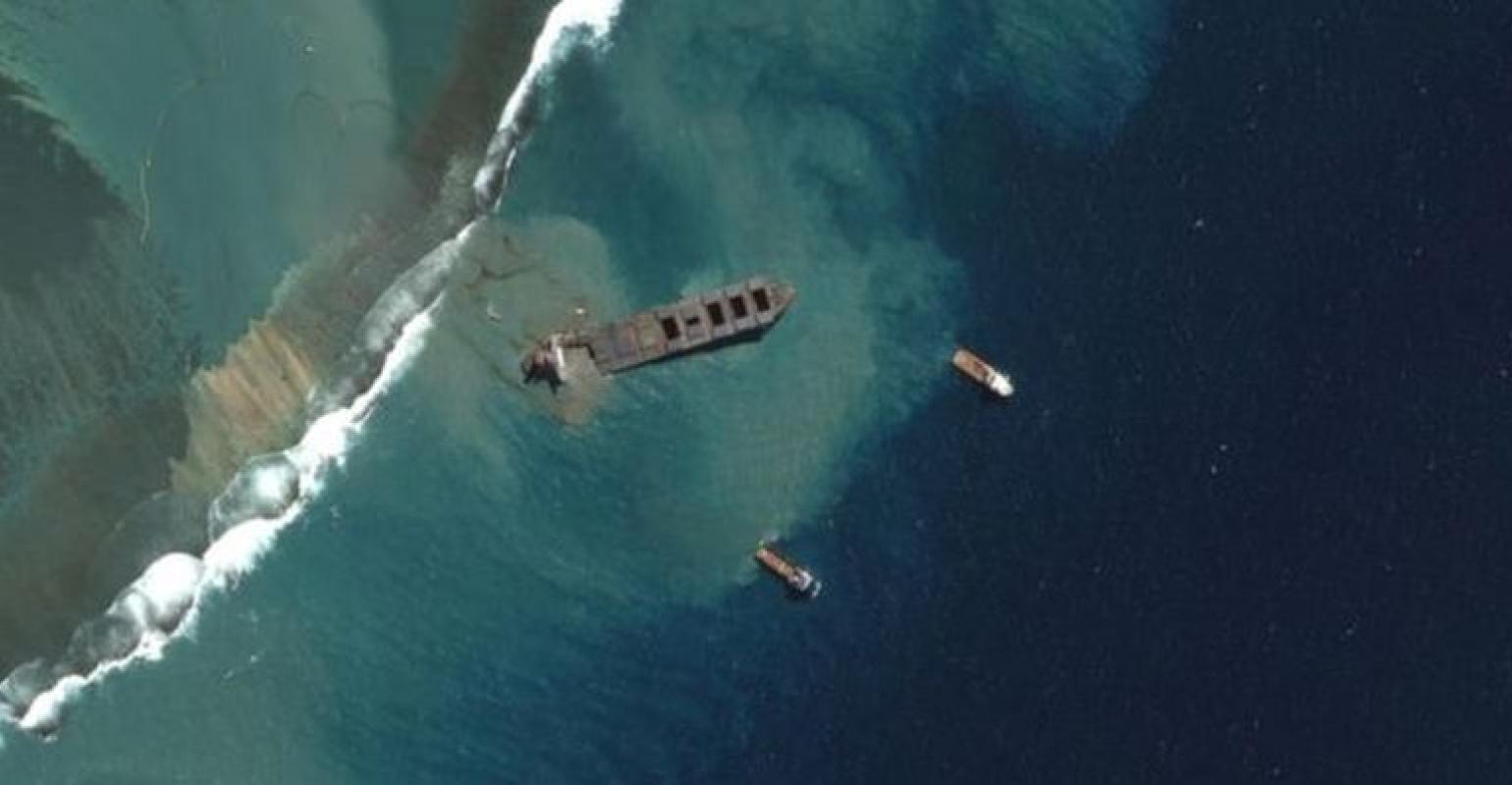 The capesize bulk carrier Wakashio that ran aground on a coral reef has broken into two off the Mauritius coast on Saturday.

Nearly all of the fuel oil has been removed from the Japanese vessel but approximately 90 tonnes of fuel were believed to be still onboard when the vessel split.

The stricken vessel, owned by Nagashiki Shipping and chartered by Mitsui OSK Lines (MOL), grounded off Mauritius on 25 July and was already in danger of breaking up.

“At around 4:30 pm (local time), a major detachment of the vessel’s forward section was observed,” stated the Mauritius National Crisis Committee on Saturday.

The committee said oil booms were reinforced near the vessel to contain and absorb any oil that leaked out.

Removing the ship wreck is expected to take months while the full impact of the spill on the environment is still unfolding.